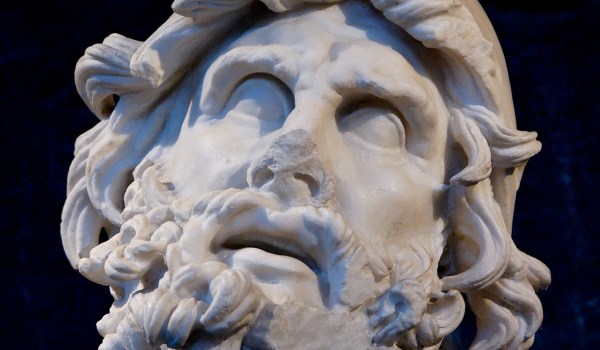 “How could a good God permit evil?” This question has plagued the faithful and armed the faithless for as long as there have been sufferings to endure. The topic is vast, but for the purpose of this post, the following from St. Augustine will suffice: “Since God is the highest good, He would not allow any evil to exist in His works, unless His omnipotence and goodness were such as to bring good even out of evil” (Enchiridion 9). As Christians, we suffer in the sure hope that “in everything God works for good with those who love him” (Romans 8:28). We can look to the example of faithful Job, who, after losing everything and enduring great sufferings, received from the Lord twice as much as he had before (Job 42:10). But not all sufferings are the same, and some are more easily borne than others.

The idea of benefiting from the endurance of evils is not, however, unique to Judaism and Christianity. Odysseus, the quintessential suffering hero of Greek mythology, after twenty years of longing for his native land, returned at last with “stores of bronze and gold and woven clothing, more than Odysseus would ever have won for himself from Troy, if he had returned unscathed with his due share of the spoil” (The Odyssey 5.38-40). Still, there is something very different about Job and Odysseus. While Job suffered because he was righteous, in order that his righteousness might be tested and proved true, Odysseus, on the other hand, suffered because he was proud. Flushed with success after his triumph over the cyclops, Odysseus taunted the cyclops as well and made his identity known, despite the insistent pleas of his comrades to hold his tongue. This moment of indiscretion earned for Odysseus the hatred of Poseidon, who ensured that Odysseus would “come home late, a broken man, all shipmates lost, alone in a stranger’s ship,” only to find “a world of pain at home” (The Odyssey 9.532-35).

It is often easier for us to accept sufferings like those of Job, since it is beyond our power to prevent them. This recognition in turn makes it easier for us to offer them up to God. But more often than not, the struggles in our lives are more like those of Odysseus, the result of our own mistakes, in spite of or even as a result of the blessings we otherwise enjoy. It was in times of peace that Israel turned to idols, and their idolatry led in turn to their chastisement. Even when we abound in good works, we are in danger of falling through pride, as St. Augustine says: “every other kind of sin has to do with the commission of evil deeds, whereas pride lurks even in good works in order to destroy them” (Rule of St. Augustine 1.7). Because we have no one to blame but ourselves for these sufferings, we all too often brood and beat ourselves up over them instead of accepting them: “How can I offer God my sufferings when I caused them by actions that offend him? How could any good come out of what I have done contrary to my own good?”

Despite the immediate differences we perceive between hardships for which we are responsible and those that are unavoidable, they are not altogether dissimilar. Even though we are responsible for the mistakes we make, it is not within our power to be perfect, as much as we would like to think otherwise. We cannot overcome our weakness and finitude by our own efforts, and so it is only right for us to accept these too and offer them to God. In fact, this is a far greater form of abandonment to divine providence, in that it encapsulates our whole life and not just the circumstances that surround it. Our faults and failures, when looked at in this light, become opportunities to humble ourselves before the Almighty and to ask for his mercy and assistance. Even when we act contrary to our own good, these acts can be to our advantage, as long as they cause us to trust more in God and rely less on ourselves. As we learn from the Easter Exultet, we can even call the sin of Adam and Eve “a happy fault,” since it “earned so great, so glorious a Redeemer!” Whatever our tragic flaw may be, however great the downfall to which it leads, God’s omnipotence and goodness are such that he can bring good even out of these evils.