Menu
Confraternity of the Most Holy Rosary > Uncategorized > Hope 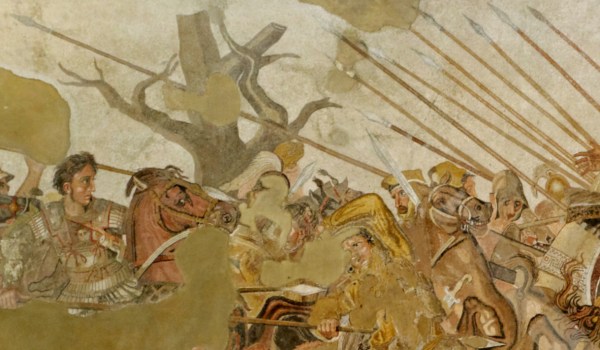 When Alexander the Great first went on military campaign, he gave away to his relatives all of his inherited property in Athens. Asked what he would keep for himself, he replied, “Hope.”

It’s easy to be hopeful at the beginning.

I love beginnings. I love the opening of a movie or book more than the plot twists; the charm of Gandalf setting off fireworks in the Shire more than the treacherous episodes of arriving in Rivendell or defending Helm’s Deep; the first leg of a road trip, windows down and the wind blowing in your hair, more than the antics and air guitar along the way; the first sight and smell of the ocean more than the midafternoon slumber in the sand; the first hugs and yells at a family reunion more than dinner later that night.

What is it about beginnings? Why does everyone ask married couples, “How did you meet?” or priests, “When did you receive the call?”

It has something to do with the fact that beginnings contain promises—not so much promises that life makes to us, but promises within us. Each child expects so much from life: recognition, love, security, adventure, meaning, purpose, peace… A list of 10,000 nouns still couldn’t capture that one, enormous, simple expectation of every human heart, which looks for happiness.

Yet we all begin (very quickly) to translate this basic natural hope of ours into concrete terms. Tony from West Side Story sings, “Something’s coming, I don’t know what it is, but it is gonna be great,” but his hopes aren’t so vague – he’s going to a dance that night and is hoping to find a date. Hope takes shape early on, when boy meets girl, boy meets baseball, or boy meets surfboard; that boy’s early life experiences get percolating in his head and give rise to the image of a perfect marriage, a perfect home run, or a perfect wave. Rob Machado, a famous soul surfer, illustrates this search for an earthly paradise in his movie The Drifter, which he filmed on a surf trip to Indonesia after a failed marriage. His words bring the movie (and the trip) to a close: “We dream of the perfect wave, the perfect job, the perfect house… and when we get there, we dream of something else.”

We call these early hopes our dreams—named positively as things worth striving for, yet with a negative connotation: dreams never quite become reality. Our “dreams” don’t often come as we wish they would, and sometimes they are horribly bankrupt. Tony is shot dead in the end, and Rob keeps drifting without conclusion. Even Alexander, after conquering half the world, fell dead at 32, the rumored cause being poisoned wine served him by his compatriots.

That’s the tragedy of human life, that it fails, that life’s first promises don’t come true in the terms we thought they would, and that even the good lessons and memories which we salvage and savor in the losing are themselves compensatory and pale in comparison with the light of the first promise we have held in our mind since our arrival and have felt in every nerve and impulse.

There are two ways to deal with the dilemma.

One is natural and could go by a variety of names: stoicism or maturity or realism. We come to realize that much of our youth was spent projecting our own expectations onto life, before life corrected us and humbled us. A young man may be properly shocked after three months of marriage by the discovery that his wife is a flawed, normal, limited person. Having placed his infinite expectations on a lovely but all-too-finite creature, he’s more realistic now than he was when he first saw her across the classroom, in those golden, hazy years of yore.

Another answer is transcendent. This answer does not diminish hope, as does the answer above, but it translates it to some other plane. For good reason has the world turned to religious experience for thousands of years, when earthly hopes have crashed and broken against life’s shores. For good reason has Christianity proclaimed that Christ alone is the definitive answer to all of life’s provocations, to all religious searching, to every human need. No other religion claims to have a personal relationship with God. And no other claim satisfies. Our deep, personal needs require an answer just as deep and personal.

Instead of Alexander, Paul becomes our guide. Having placed his hopes in the law, Jesus revealed himself to Paul, reorienting his entire life, inspiring a phrase more startling than all other human utterances: “For me, to live is Christ.” That should make us all stop and think about how such things are possible, that someone he never saw with his physical eyes could be more real to him than all the rest of life. “I count everything as loss because of the surpassing worth of knowing Christ Jesus my Lord.”

We who are Christians have each in some way discovered this love which alone satisfies. Still, the hard part is finding how Christ is the answer, as life keeps us all on our toes with its million or more disappointments and complications. The last words of the Bible remain our perennial plea and song of hope: “Come, Lord Jesus.”