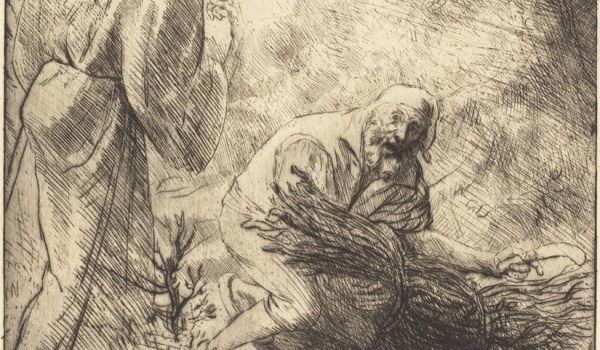 The aim of the newest technology boom in Silicon Valley: curing death. Over the last few years new research companies and grants have been established to fund this enterprise. One of the main assumptions in this area of inquiry is that age is something like a disease, and so it’s treatable. Biological entropy does not have to be the case. If we can find what causes aging then we can put the process on hold and forestall death indefinitely.

One indication of the seriousness of this enterprise is the million dollar Palo Alto Longevity Prize. The prize will be awarded to a research team who will dedicate their work to “ending aging.” What motivates people to spend such large amounts of time and money on this project? We all have a natural inclination to preserve our lives. By suspending the aging process we can live happier lives for a longer period of time, knowing that death is not just around the corner. But does this really solve the fear-of-death problem? Death looms, whether it is caused by old age or for some other reason. It may not be just around the corner, but we meet it eventually. That is something we can count on. So this longed-for longevity cannot save us from the reality of death. Ambrose Bierce summed it up well in his satirical dictionary over a hundred years ago: “Longevity: The uncommon extension of the fear of death.” Maybe we can make life longer, but the fear still remains.

The problem of death is not a new one. Socrates has a famous discussion of death in the Apology, in which he fearlessly faces capital punishment. He is not interested in extending his life indefinitely. In fact, he thinks it is unreasonable to fear death, because we don’t really know what death is. We don’t know if it is a bad thing or not, and so it’s irrational to fear it. Socrates offers a few options for what death could be. It could just be a total cessation of life, or something like an eternal sleep. It could also be a change of place. In death we may arrive somewhere else where we dialogue with those who have died before us and receive a judgment for what we did in life. But whatever it is, Socrates stresses the importance of virtuous behavior while on earth. What we should really avoid is not death, which comes for us all, but a vicious life, which people should recognize as something that does not lead to happiness.

Socrates’ response is a good start to addressing the problem of death. Death is not the most fearsome thing. We should fear being wicked, for we know this leads to sorrow in this life and possible judgment in the next. Regardless of what death is, Socrates does not run from it. He accepts it as a constant in the world. Bodily life definitely ends. And if we live a virtuous life on earth then we may receive a good judgment in the next.

What about the Christian response? We know death will come. Our bodies are decaying just like all of physical reality. But there’s much more to our belief than just being virtuous and accepting whatever may come. As Christians we believe we are saved by God’s gift of grace. Our salvation begins on earth and is complete in heaven. We receive grace whereby we hope for salvation after our physical death, have faith that God is drawing us to himself as he promised, and love him for this wonderful work. This means that death ultimately has no power over us.

I have had the fortunate experience of ministering in a hospital to those who are close to death. The difference between someone facing death who is alive in grace and someone without it is striking. Though death is scary for both parties, those with faith are not crippled by whatever is coming. They love God and know that he loves them. He is with them in their earthly suffering, and, more importantly, he awaits them in the life to come. Those without faith tend to run from death. They do not see past the bodily suffering. I think this experience of faith in the face of death brings out something of what we mean when we say that Christ destroyed death. In faith we can see past it. Death has no power over us in Christ. He went before us into heaven and is drawing us there even now. This knowledge of faith frees us from seeking indefinite longevity. Christ gives us the true antidote for death: himself. Christ is the cure for death.