Menu
Confraternity of the Most Holy Rosary > Uncategorized > The Silent Truth 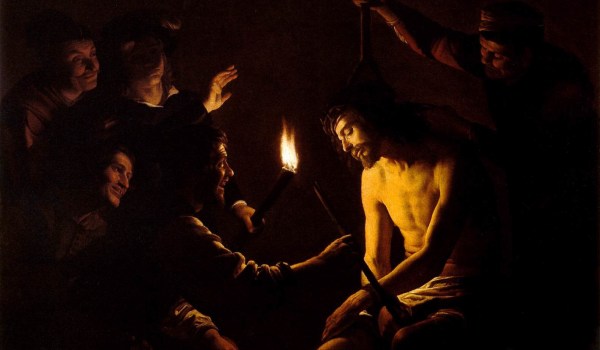 With such tumult in the public square, it seems almost laughable that silence would be a remedy for it. Robert Cardinal Sarah recently exhorted Americans at the National Catholic Prayer Breakfast to be prophetic, to be faithful, and to pray. He gave these counsels as a remedy for the demonic influence which seeks to eclipse and silence God. His homily on the preceding evening focused on Christ’s teaching to certain disciples who were unable to exorcise a child possessed from his youth: “This kind can come out only through prayer.” Citing the oft-quoted wisdom of Bl. Teresa of Calcutta, Sarah emphasized the importance of silence:

The fruit of silence is prayer.

The fruit of prayer is faith.

The fruit of faith is love.

The first line of this teaching considers silence as something given or attainable. Yet, where does one find silence? It is covered over by competing sounds and voices, the tug and pull of competing desires. One question remains, what is silence?

Silence resounds in our ears as the absence of an ever-present cacophony of sound. Even still, it seems that silence is the quieting of delightful sounds and music, whether it be the wafting gregorian chant of prayerful monks or the folding voices of Palestrina’s polyphony. Should we consider silence as a negation, something akin to absolute zero, darkness, or evil? These things exist only as the privations of positive existents. Is it nothing more than the reduction of all sound? Is it nothing more than the negation of all thought, speech, and desire?

Hillaire Belloc writes in his essay “The Silence of the Sea,”

Silence, like her brother Darkness, is enhanced and framed by slight exceptions. Darkness to be felt must be what John Milton called the abysmal gloom, “darkness visible.” So also Silence is framed and underlined by the least sounds accompanying it.

There is something that “frames” silence—in Belloc’s case, it is the slight sound of the sea. We might carry this thought over toward the silence of the soul that bears fruit in prayer. The psalmist exclaims, truly I have set my soul in silence and peace. Belloc notes that, while the sea rages and foams in tempests, it ultimately finds repose in silence. Yet, unlike the inert earth which utters nothing, the sea is alive and is silent.

Eschewing frenetic chatter and competing desires, the soul opts instead for something singular, underlying, and ordered. In short, one finds in silence the Truth. The non-Christian finds in silence the mysterious source of being, the pure actuality of the Creator. The Christian closes the door of his inner room, finding it not dark and empty, but filled with the Light in which we live, move and have our being.

Cardinal Sarah’s call for Catholics to be prophetic, faithful, and prayerful is first a call to silence. One who finds it encounters the tender presence of God, the silent Truth dwelling within the blessed soul. One is not alone in silence, but is silent with God. Therefore, St. Benedict writes, “For speaking and teaching belong to the master; the disciple’s part is to be silent and to listen.” Following this wise counsel, one can hear His voice and fulfill the Father’s command, listen to Him.

Image: Honthorst, The Mocking of Christ