Menu
Confraternity of the Most Holy Rosary > Uncategorized > Sacred Repetitions 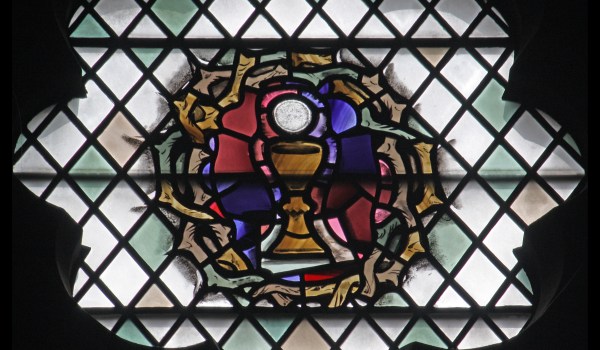 Repetition is a fact of life. But not all repetitions are the same. On the one hand, there’s a repetition that imposes and sustains a natural order. Think about the repetitive cycle of traffic lights or the weather of the four seasons—these repetitions are good and welcome because their predictable patterns allow us to plan ahead and to be secure in our environment.

But there are also repetitions that are manifestations of disorder and seek to impose disorder on others. We can include here certain demonic repetitions. The Devil and his partners are really rather uncreative and monotonous. Once when I was an undergrad, praying a rosary outside of an abortion clinic with several friends, two disturbed young women approached our group and began hurling obscenities and making lewd gestures mere feet in front of us. At first, this encounter was extremely disconcerting. But after a few minutes, we realized that the women had run out of material—they were merely repeating the same filth that they had already been spewing. This realization gave us the strength we needed to turn our souls away from these pitiable figures and towards meditation on the mysteries of the Lord Jesus and the Blessed Virgin Mary. Sure enough, the women departed in defeat before we reached the fifth mystery. The repetition of the sacred vanquished the repetition of the profane. The light shines in the darkness, and the darkness has not overcome it (Jn 1:5).

This repetition of the sacred is of a different nature. It is like the first type of repetition we acknowledged—it seeks to give order and peace to our souls—but it operates differently than we might expect. The peace Christ seeks to give is not our peace, which is a worldly peace. The peace He gives is a peace that has been bought at a tremendous price. It is the peace nailed to the wood of the Cross, a peace that comes with the proviso that we also must perish. The Cross of Christ calls us to surrender those vices and associated sins to which we have become accustomed. Rumer Godden illustrates this in the first scene of her novel In This House of Brede. Above the entrance door to the Benedictine Brede Abbey is the word pax encircled by a crown of thorns. What are these thorns for the nuns of Brede but the daily thorns of regular observance of the rule of Saint Benedict? What are these thorns for a Christian but the daily observance of the commandments?

This death to repetition can itself seem monotonous. Saint Jerome tells a story of Saint John who, as the sole survivor among the apostles, lived in old age at Ephesus. Weak in body, he would be carried into the midst of the Christians gathered there by his disciples. At each assembly, he would say nothing except, “Little children, love one another.”

Wearied by this monotony, a well-meaning man finally summoned up the courage to ask John, “Master, why do you always speak thus?”

The saint replied, “I speak thus because it is the command of the Lord Himself. And if this only be done, it shall be enough” (Jerome, Comm. in ep. ad. Gal., vi, 10).

Love is the ultimate repetitive act, often manifested in the recurrent exchange of gestures and utterances between the lover and the beloved. Even though they are repeated again and again, they do not lose their vitality. Dante speaks of this as “the Love which moves the sun and other stars” through the same courses day after day (Paradiso XXXIII). This is the Love of God which comes to us again and again through the priest at Mass: “Take this, all of you, and eat of it: for this is my body which will be given up for you … Take this, all of you, and drink from it: for this is the chalice of my blood.”