Menu
Confraternity of the Most Holy Rosary > Uncategorized > Abandoning the Body? 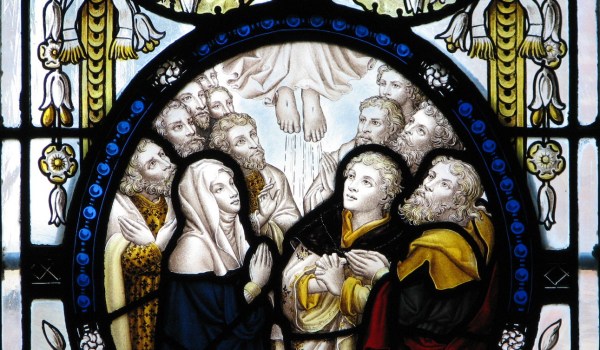 Is the soul by itself man? No; but the soul of man.

Thus Justin Martyr, the sainted philosopher and apologist commemorated by the Church today, explained the connection between the human spirit and the whole human being. Today many have been persuaded to believe that the human body is nonessential to the “real person” who lies “underneath.” This sounds consoling especially in the face of congenital abnormalities, illness, the aging process, and the like. These things seem to get in the way of appreciating the person before whom we stand. However, efforts to “look past” the body can be only partial, because human beings are rational animals. That is, in virtue of what we are, we have “one leg” in the spiritual world and one in the material world. From the womb, every human body is wondrously equipped by the Creator with the powers of reason and will. Upon entering our topsy-turvy world, men and women can hope to be healed of their wounds through coming into relation with the Savior who took on a human body. All who allow themselves to be re-made by this grace receive the promise of a bodily resurrection unto eternal life. Christian teaching, then, upholds the dignity of human beings in body as well as in spirit, because God created, redeemed, and promised them future glory as human beings, creatures made of both body and spirit.

St. Justin employs some reason-based analogies in order to underscore the importance of the human body. He says that body and soul are like two oxen “yoked” together to drag a farm plow; each is necessary to achieve the overall purpose. In another analogy, Justin says that God is like a craftsman who takes great pains to make things in a way so that they don’t break down. Yet unlike human artisans, who cannot stave off the decay of their works interminably, God (who is all-powerful) can uphold the integrity of the creatures made in His likeness. But we do not need to stop at observations of nature and arguments from fittingness. Revelation shows that the body is not just something to be ignored for now and abandoned later.

The very first chapter of the Bible presents man and woman as created with bodies in God’s image and likeness: “So God created man in his own image, in the image of God he created him; male and female he created them” (Gen 1:27). Human beings enter the picture at the climax of the cosmic creation. By virtue of his and his wife’s resemblance to God, the man is given the very significant honor of naming all the rest of the material creation (Gen 2:19). Yet we cannot fail to notice that our first parents resemble God in His intelligence and authority precisely in a human mode, namely, a bodily one.

Jesus affirms the importance of the body and even enhances it. To save mankind “from the inside,” God the Father went out of his way to have his Son take on human flesh. Having voluntarily become a man with a real body (1 Jn 1), God proceeded to redeem men and women from their fallen condition, even with their bodies. St. Justin Martyr observes that “where [God] promises to save man, there he gives the promise to the flesh.” Speaking of the end times, Jesus taught that the dead would be raised from their tombs either to the “resurrection of life” or to the “resurrection of judgment” (Jn 5:28-29). This is remarkable knowledge from One who self-identified as the “resurrection and the life” (Jn 11:25), rose his friend Lazarus from the dead, and who himself rose again after suffering the most drawn-out of deaths. In reflecting upon the miracle of Jesus’ resurrection, St. Paul presents Christ as the “firstfruits” of a new creation (1 Cor 15), one that involves the human body and begins even now. He tells the Corinthians that if Christians will not experience a resurrection, then Christ was never raised. Without the promise of bodily resurrection, Christian faith is empty.

Not only would denying the dignity of the human body demean creation and shun redemption, but it would erase the promise of mankind’s glorious destiny. The second-to-last chapter of the Bible foretells “new heavens and a new earth” (Rev 21:1) where mortal human bodies are exchanged for incorruptible, immortal ones. In its final beatitude, the human body will not go extinct but will be perfected in a way beyond imagining. Since this involves becoming an “image” of the glorified Christ, we cannot yet predict what heavenly bliss will be like. St. John admits simply that those who love God will be like Christ when He appears (1 Jn 3:2-3). Somewhat like Christ’s own risen humanity, ours too is meant to be joined to God.

In the world to come, the glorified human being will not be only a soul. Logic tells us that such a being would no longer be completely human. Revelation shows us that this is not how God has chosen to complete his plan of creation and salvation. Rather, the end of our present distress, in which spirit and body can feel at odds, can be seen already in the miracle of Jesus’ resurrection. As we move on into summer and the weeks of Ordinary Time, let’s resolve never to treat Easter like “old news.”