Menu
Confraternity of the Most Holy Rosary > Uncategorized > The New Advertization 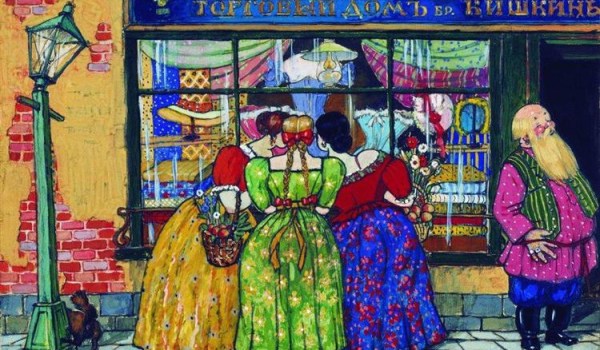 What’s the difference between evangelizing and advertising? Um, a lot, you might reply. We preach not a product, but a Person: Jesus Christ, and him crucified. Jesus is not a means to happiness. He’s the Way, yes, but he’s also the Truth, the Life. Concretely, though, what’s the difference between my various attempts to convince others of the truth of the Gospel, the genius of James Thurber, and the gustatory supremacy of Valentina’s salsa picante?

To dismiss this as a flippant question would be to underestimate the effects of living in a world of commodities and commercials, of constant and ubiquitous marketing, where the messages and motifs of ads have penetrated deep into the mental and spiritual interior, and not only provide fodder for jokes and conversation but even more fundamentally, shape how we receive the presentation of the Gospel.

We can miss this for the same reason that the fish doesn’t notice the water—it’s too all-encompassing, too basic a condition of, well, everything. It’s the obvious that’s most difficult to notice.

Consider: it might, at one point, have made sense to describe our relationship to advertising with metaphors that underscored our distrust (as well as, I suspect, our naiveté about the subtlety of advertising’s strategy). Thus, we were besieged, bombarded, inundated, beleaguered and so forth, by all the commercials, billboards, plugs, promos, and endorsements. Now we marvel less at the fact of the bombardment; it’s as much a part of daily life as electricity or indoor plumbing. If we marvel at all, then it’s at the quality: is this ad cool, funny, self-aware? (Observe any group of adults during Super Bowl commercials for an only slightly exaggerated example of how we’ve come to experience advertising.) We take it for granted that we should be subjected to endless marketing or that we should be approached for our money or our brand allegiance, so that we can now comment on how well we’re being advertised to. In short, our relationship to advertising has shifted from being the quasi-innocent audience to being the “critical observer.” We know we’re being played to, and we take some pleasure in knowing we’re in on it. We’re nobody’s fool.

It would seem that, whatever we’ve gained in “critical distance” toward advertising’s ploys and gambits, we’ve lost far more in allowing our perceptions of things to carry with them an ineliminable price-tag. We have in fact merely traded one kind of naiveté for another.

As the phenomena of Pinterest, Etsy, and Instagram attest, we’ve reached a point where we can notice even our own belongings as own-able, and thus marketable. Possessions are still products, because everything is a product. My belongings form part of a staged (sorry, curated) lifestyle that can be put on view for others to emulate by purchasing the same or similar rugs, soaps, razors, hair-bows, scented candles, and artisanal hand-drills. Yesterday’s passive recipient or petulant reactionary is today’s rabid promoter.

Unsurprisingly, there are some real costs of seeing the world through goggles lent us by consumerism.

I help teach a class on the New Testament for 8th graders, and recently one of the boys asked, “Why should we believe Jesus? He’s obviously biased towards his own religion.” His puzzlement was real: don’t Jesus’s ulterior motives vitiate his message? Of course Jesus would say that he is the Way, the Truth, and the Life—isn’t it in his interest that you or I subscribe to his belief system?

This line of thinking is far from unusual. It’s merely one way that a culture saturated in consumerism warps how we approach claims about truth and belief. Of course we can reply that Jesus is not a brand, faith is not a product, and so forth. But this is still to remain at the surface. The deeper issue is that our very mode of approaching reality has been deformed, so that we measure meaning by unmasking motives and calculate value on the plane of subjective interests. Since everything is a matter of taste or preference, a truth-claim is perceived as a sort of weirdo cousin of claims about the best car insurance or deodorant. Truth-claims are deeply suspect, not least because the motives elude our categories of pleasure and pragmatism.

To this line of thinking, a statement such as “I love, trust, and believe in Jesus Christ—you should too!” is understood as belonging in the same category as saying “I love Valentina’s hot sauce—you should too!” Now, this could be merely an expression of personal preference. Or I could be an undercover Valentina’s salesman. Or I could be trying to exert control over you in a Nietzschean will-to-power play. My motives, rather than the message, become the focal point. Increasingly, this is the framework within which our culture interprets declarations about the Gospel.

And so the question stands: Do we evangelize or advertise? Do we present the faith as a gift of God, a life that is utterly gratuitous? Or as simply that part of our lives we happen to believe in the most? If we buy into the cultural mindset, then we’ll take our cue from marketing. We’ll try to ratchet up our techniques, cloak our motives, develop glossier flyers, catchier slogans, crisper soundbites. We’ll calibrate our message so that our evangelical efforts will become more appealing, less demanding, and ultimately, I suspect, less true.