Menu
Confraternity of the Most Holy Rosary > Uncategorized > Lord, Why Would You Put These People in My Life? 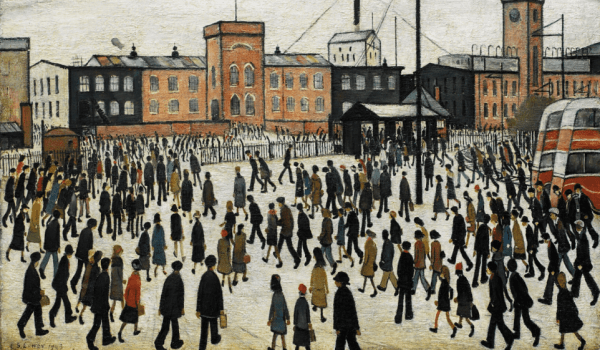 Go ahead and put lots of exasperated emphasis on “these.” As in, “Lord, why would you put these people in my life??!”

I am, of course, trying to conjure up the befuddlement we feel after a frustrating office meeting or family gathering—the kind that reveals just how disparate others’ expectations and assumptions, ideas and attitudes, personalities and temperaments can be from ours.

I felt it acutely about six months after entering religious life, following a long day’s painting project with my novitiate classmates. It turned out that the sixteen of us had sixteen different ideas on how to best tackle said project. And it seemed like we spent as much time that day trying to sand down each others’ strong opinions as we did the walls. By the end, I had simply had it. In the abstract, we may take great comfort in the idea of God’s ineffable wisdom manifested in marvelous variety. Yet in concrete instances, we’ll furrow our brow when the fruit of that eternal wisdom looks, to us, more like the monster that Victor Frankenstein pieced together. So I sat in the chapel that night and pondered. What was the Lord’s rationale for bringing together such a motley crew? All I could see were the dissimilarities that got in our way.

I’m sure it is something the Apostles asked themselves. A lot. They came from professionally diverse and sometimes antagonistic backgrounds (think of the former tax collector joining in with working-class, tax-paying fishermen, for instance). At times they grew annoyed with others, and, I can only imagine, with each other. They were competitive. They bickered over who was preeminent. Two were even so bold as to ask for a better retirement plan than the rest.

The Apostles likely recognized the discord their diversity produced. So too do we experience it—at work, at home, even at church. The differences among us are real and unavoidable. They are meaningful. But ultimately not in the way we imagine.

For starters, as I learned that night in the chapel, it’s best to approach the dilemma from a different angle. We could instead ask: Lord, why would you put these people’s different virtues in my life? Because, as frustrated as I was, I could still identify the respective virtues my classmates possessed. But wouldn’t the Christian life be easier and more fruitful if God had just given us each an equal measure of lively faith, prudence, courage, and the rest? So we could all coexist? Harmony through sameness?

No, as it turns out. God the Father revealed the following to St. Catherine, which she records in her Dialogue:

It is true that all the virtues are bound together, and it is impossible to have one without having them all. But I give them in different ways so that one virtue might be, as it were, the source of all the others.

The same is true of many of my gifts and graces, virtues and other spiritual gifts, and those things necessary for the body and human life.  I have distributed them all in such a way that no one has all of them. Thus have I given you reason—necessity, in fact—to practice mutual charity. For I could have well supplied each of you with all your needs, both spiritual and material. But I wanted to make you dependent on one another so that each of you would be my minister, dispensing the graces and gifts you have received from me.

Our differences are therefore meant to draw us together. To instill, paradoxically, a strong sense of interdependence. We do need the people God has put into our life, even if we are the last ones to realize it. Now the underlying assumption that motivated our initial question (“Lord, why would you put these people in my life?”) is laid bare. That assumption is: I don’t need these people. I would be fine—indeed, unburdened and better off—without them. It reveals the self-centeredness at its root. As if my judgment, not God’s, was the omniscient one. As if I knew for sure how others fit into my grand plan and design. God does want to make us like Himself, but not by encouraging us to act like we’re God Himself. First, we have to act like creatures, accepting everything from Him, even other people and their particular gifts. In this way, we avoid diminishing the goodness that God would give us. As for the defects of others, they give us regular opportunities to practice the patience and mercy the Father shows us in such abundance.

Peter needed Andrew. James needed John. Bartholomew needed Philip. The Apostles needed each other (which is why our Lord called them together), and they all needed our Lady. And, most especially, they all needed Christ. As do we. God’s grace is dispensed through His ministers, and we give and receive it by means of those we encounter each day.