Menu
Confraternity of the Most Holy Rosary > Uncategorized > Lenten Liberation 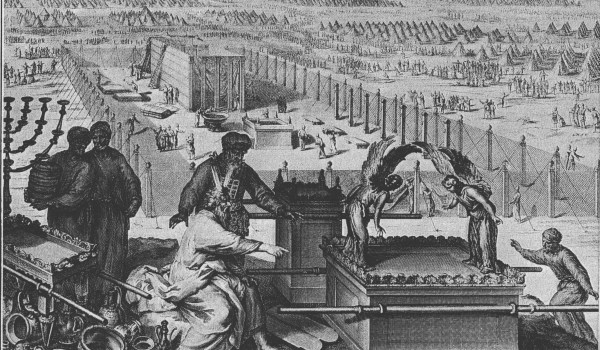 Liberated.  Independent.   Self-sufficient.  Free-spirited.  Uninhibited.  Such adjectives have become high praise in a modern world fascinated with freedom, the paramount virtue and ideal of some of the most wicked regimes in the the history of the world—Robespierre’s France, Stalin’s Russia, Mao’s China, etc.—as well as of the societies that opposed them.

American culture is particularly steeped in the mystique of freedom: from our revolutionary forefathers to the liberating armies of Lincoln to the rugged pioneers of the West to the family roadtrip.  Surrounded by so many examples of freedom, however, few people pause to consider its definition.  Thus, we find it being used to justify such illiberal policies as single-party governments, social purges, cultural revolutions, forced work camps, and the massacre of countless unborn.  To use less grandiose examples, freedom is invoked in defense of divorce, homosexual acts, and gender reassignment surgeries.  Though such justifications are by crooked arguments, they have nevertheless convinced many.  Freedom is worth considering in this time of Lent, when God’s people strive to break the fetters of sin and prepare to celebrate the liberation of mankind from corruption and death.

If asked, many people would define freedom negatively as the absence of external constraint.  Yet such an account leaves something to be desired: how can one hunger for freedom, long for it, love it if it is only the absence of something bad?  Philosophically, it is deficient because evil does not exist in itself but only as the privation of something good.  Bondage, slavery, and oppression should be defined with reference to freedom, not the other way around.  Some might respond positively that freedom is the ability to do what one wants.  Yet people do not always desire what is best.  Coupled with moral relativism, such freedom gives license to a myriad of harmful activities.

Here, St. Thomas Aquinas proves helpful, noting that man’s freedom is distinct from the freedom of animals or plants because man bears responsibility for his actions (Summa Theologiae Ia.83.1).  While a wolf cannot be blamed for sneaking into a farmer’s yard and eating his sheep, a man should know better.  Man’s freedom is different from that of any other animal because he possesses reason and the ability to know right from wrong.  Sometimes one desires instinctively things that, upon consideration, would actually be harmful, such as a third Big Mac.  Other objects of desire are helpful, like a mug of hot chocolate after a long day of skiing.  Not all choices are equal, and the truly free man is the one who is able to choose the best.  Thus, let us consider freedom as the ability to do what one wants in accord with reason and faith, that is, to do what is most conducive to human happiness.

But wherein lies human happiness?  Over the centuries, the Church, reflecting on Sacred Scripture and the writings of philosophers, has come to teach that man exists to know and love God (CCC 1).  This, then, is how the saints remained joyful despite embracing such austerities.  Rather than being constrained by vows of poverty, chastity, and obedience, saints like Dominic de Guzman, Francis of Assisi, and Thérèse of Lisieux were liberated by them, finding it easier for them to make the best choice, to choose God.  Such is true freedom: the power to choose what truly makes us happy, to overcome the allure of the things that ultimately make us miserable.

St. Paul reminds us, however, that this is no easy task: “For I do not do the good I want, but I do the evil I do not want” (Rom 7:14).  Sometimes our desires are too strong to be governed by reason, and this is a form of bondage, slavery to sin.  During the season of Lent, the book of Exodus is read in the Liturgy of the Hours.  The culture of ancient Israel, like our own, was defined by a momentous historical act of liberation.  However, God did not simply remove the ancient Israelites from oppression; rather, he freed them to do something.  He told Moses to say to pharaoh: “The LORD, the God of the Hebrews, sent me to you with the message: Let my people go to serve me in the wilderness” (Ex 7:16).  Israel’s liberation consisted in being free to worship God, the most noble, perfect, and joyful act man can perform. Yet the Israelites did not liberate themselves, nor were they immediately free of the effects of their captivity.  God intervened directly to save them, and they spent forty years healing in the desert before they were prepared to receive the gift God had prepared for them.  We, too, need God’s grace to be free from sin and cured of its effects.  This Lent, may we constantly avail ourselves of Christ’s mercy, especially in the sacraments, so that we may enjoy the true freedom of the sons and daughters of God.

Image: Gerard Hoet, The Ark at the erection of the Tabernacle and the sacred vessels