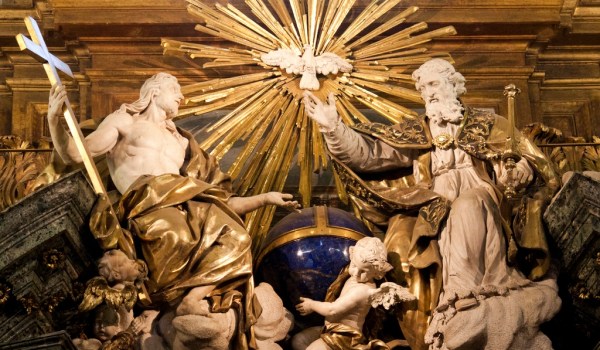 Marriage is being threatened by the law in many nations, and it seems that the best that can be hoped for in the legal sphere is some small semblance of protection for religious liberty. Sheltered in the care of Mother Church, we also know that the truth will be preserved until the Lord comes again. (After all, when that happens, marriage will come to an end anyway.) Both of these factors can lead to a kind of complacency, spurred by resignation on the one hand and supernatural hope in something higher on the other. While we can and should feel pity for those who have been misled and are seeking happiness in unnatural relationships—that is, relationships where they act in conflict with their own human nature—it can be hard, simply put, to care very much about what the law has to say. Realistically, people have always sought, and most likely will always seek, happiness in the wrong places.

This complacency is not entirely unreasonable, as the law need not forbid every sin. The fight for marriage, however, is not ultimately so much about marriage as it is about the family. The Church recognizes the truth, written in human nature, that marriage forms the core of the family, an institution that consists of “a man and a woman united in marriage, together with their children” (CCC 2202). This last part is key: the battle for marriage is not just a battle for the well-being of adults, or even for the freedom of the Church—which is guaranteed in Christ. We also fight for children. Any law or cultural practice which harms the structure of marriage—divorce, contraception, same-sex unions—necessarily harms children, often in unforeseen ways.

Cardinal Sarah, in his address at the National Catholic Prayer Breakfast, illustrated this in a particularly poignant way. He first raised the familiar idea of the family as an image of the Trinity. While the family is, of course, a dramatically imperfect representation of the love of the Trinity, Cardinal Sarah reflected on the analogy between the Holy Spirit’s procession from the love of the Father and the Son and the way that a child is the natural result of the love of husband and wife. In both cases, love lies at the very core of the relationship. Indeed, the Cardinal argued, this link is so close that it is within our family that we first learn what it means to love. It is within the family that we gain our first glimpse into the nature of God.

With this framework in place, Cardinal Sarah struck to the heart of the importance of the family: when the family breaks, so does our conception of love. Because of original sin, failures of love are unfortunately inevitable in every human family. Small failures can be recovered from, however—they can even lead to the lesson of love in forgiveness. The Cardinal observed, though, that we are now entering into an era in which children are raised in families that have never been whole, have never really been families. Such children, he argued, are taught to expect not to find love in the world.

The intent here is not to deny that couples in same-sex unions or who are living in adultery perhaps genuinely care about each other and about the children in their care. However, these false families cannot truly teach a child to love, for to love means to imitate the Trinity. The love of the Trinity is everlasting and complete, and it must be, for a temporary or incomplete love leaves room for revocation, for a retreat into oneself. In the human realm, we cannot offer eternity. Our best is instead “until death,” and only such a vow of love can teach love. This is the love which we so ardently desire. While temporary love is a very good thing in other places, should such a love shape the very core of our experience of love, the family, we would be left both desiring more and at the same time expecting not to find it.

At the whim of adults, a child can be subjected to such a life devoid of hope. This is why we continue the fight for marriage, for the family—for the children. However, even in the cases in which a child has been refused knowledge of love and hope, we as Christians must always hope, and our hope is not false, for the Holy Trinity in His mighty freedom can always reveal Himself to anyone and teach us how to love as He does. The Lord can be for a child with an open heart the family that he never had. Such indeed is the love for which we all hope.