Menu
Confraternity of the Most Holy Rosary > Uncategorized > His Eucharistic Heart 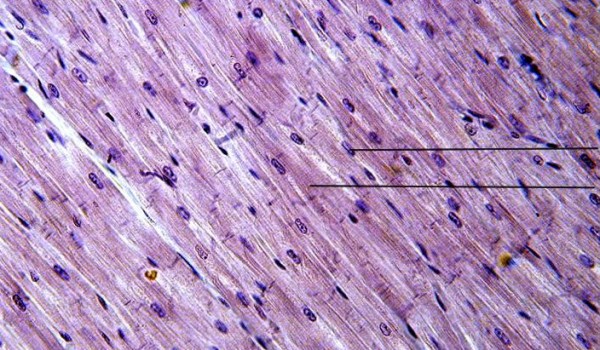 A little over a month ago, the bishop of Legnica, Poland, announced that the relics of an apparent Eucharistic miracle would be made available in his diocese for the adoration of the faithful. The episcopal approval comes at a propitious time, when Poland is set to host World Youth Day in Krakow, July 25-31.

The episode, reported by numerous Catholic outlets (e.g., here, here), began on Christmas day 2013. During the liturgy a consecrated host fell on the floor, so it was placed in a special container of water (standard procedure for sullied hosts). Later, red stains appeared on the host. A fragment was handed over to an independent laboratory for forensic examination. The commission discovered pieces of human tissue containing “parts of the cross striated muscle,” and the whole specimen was determined to be “most similar to the heart muscle,” with alterations that typically appear in times of distress.

Eucharistic miracles are wonderful manifestations of the real presence of Christ in the Eucharist. The sacrament is more than just a symbol. At the consecration, the bread and wine are transformed into the body and blood of the risen Lord, so that only the appearances of bread and wine remain. These “appearances” continue to signify, for example, that the Eucharist is a new kind of manna—nourishment not for the body, but for the soul. The nourishment that it provides, however, is not merely a spiritual lesson. The Eucharistic food is none other than God the Son: the substantial presence of his body, blood, soul, and divinity—including, in some sense, his own heart tissue.

Credible Eucharistic miracles have been happening for a long time. In the thirteenth century, a bleeding host, reported by a priest named Peter of Prague who had been having doubts about the real presence, was a notable instigator for the establishment of the Feast of Corpus Christi. Even in recent years, these miracles have continued to occur with surprising frequency. With modern scientific methods, moreover, investigators have been able to discover that many of these miraculous manifestations contain elements proper to the human heart. It seems that Jesus is trying to remind us not only that he is really present in the Eucharist, but also that his presence is a matter of the heart. In the Eucharist, he is present to us out of love.

“God so loved the world that he gave his only son.” Out of love for us, Jesus appeared to us in the flesh, and even after his Ascension into heaven he remains among us, notably, through the sacramental system that he established. Through his ministers, he washes us in the waters of baptism and soothes us with oil when we are sick. In his Eucharistic self, he feeds us with his own divine life under the appearance of bread and wine. Every sacrament is a channel of the love of Christ, but only the Eucharist contains Christ himself. The water of baptism, for example, is a true channel of Christ’s grace, but it does not give way to Christ himself, as do the bread and wine which become the Blessed Sacrament. In this way, the Eucharist is the supreme sacrament of Christ’s presence and love. It’s not a coincidence that the Feast of Corpus Christi is followed almost immediately by the Feast of the Sacred Heart.