Menu
Confraternity of the Most Holy Rosary > Culture > Prayer Box 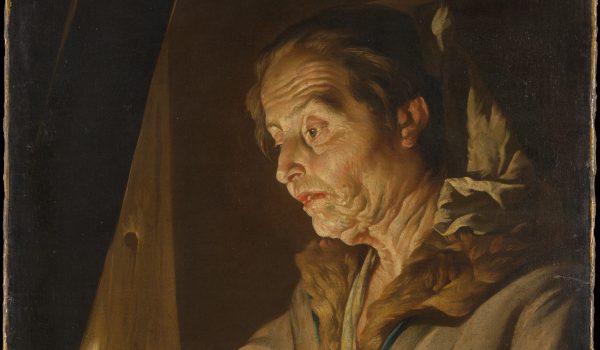 Geneva Nielson was the type of woman that would make an old mule seem flexible. Two years ago, to the shock of everyone in town, she started going to church. There wasn’t anywhere particular she called home, as just “going to church” was fine enough. She only knew that she wasn’t about to open her purse to just any parson that asked for a dime.

Geneva knew she loved God, but wasn’t sure about who to love God with just yet. She’d visit the Methodists one Sunday, the Baptists the next, find herself among Presbyterians one week, and even snooped around the Lutheran church for a season. During a two-month span, she was successful in dragging along Mr. Nielson, but he became so exhausted with the unpredictable variability of the services that he had to put his foot down, demanding some peace on Sunday and a rest from the hoots and hollers of the sundry pulpits.

Fred was perfectly comfortable with the idea of religion, though he thought it downright odd how within two days of his wife’s so-called redemption, a cross was nailed to the wall in every room of the house—closets, attic, and bathrooms included. Geneva had a “prayer box” that soon became an extra appendage. Whether she was picking the tomatoes in the garden, shopping in town for new hats, or simply gossiping by the fence, her prayer box could always be seen by her side. She would open and kneel in front of it daily, completely absorbed for hours in contemplation, snapping it shut as soon as her husband would come around the corner. The 4×6 wooden contraption seemed fairly lightweight as far as he could tell or care, so whatever the contents may be had to be soft enough not to make any noise when she’d bounce out the front door on Sunday morning to catch the next church van.

Geneva made Fred swear that he would never look inside. If he were to outlive her (which, given what neighbors called her “unpleasantly plump” figure, seemed quite probable), he would have her buried with it so that her beloved portable shrine would remain with her in preparation for her bodily resurrection.

Though Fred always considered himself a patient man, he became more confirmed in his apathy toward religion the longer he lived with his wife. Their four children were raised without once entering a church and had all grown up to have successful careers in the city and planned to raise their own children to do the same. As soon as Geneva started this service hopping (always having to find another congregation that was “more faithful to the Lord’s desires”), she became increasingly confirmed in her patterns of life. All her actions, desires, and thoughts “came from God,” which gave an extra stamp of approval on anything she did or said. Fred started to wonder why this God ever started to agree with his wife over finances, retirement plans, or what groceries to buy. He soon understood that the devil had a better chance of getting saved than for him to win an argument with her. God was always on Geneva’s side.

In the most recent month, Geneva discovered that she had the gift of tongues. For a week straight, she locked herself in the bedroom, clicked open her prayer box, and shouted in unrepeatable syllables from breakfast until noon. During this time, Fred would work in the garden, humming Hank Williams to distract himself while the dog howled and pawed at the bedroom door, thinking she was in some kind of distress. The following Sunday morning, she was caught in similar transports of religious fervor when she realized the church van would be coming soon. This forced her to stride out the front door mid-prayer and continue her shouting spell down the porch steps and driveway, hands raised, head back, finishing her message to God as she was boarding.

After the van had pulled off, leaving the dirt road in a quiet not seen since the Sunday previous, her exasperated husband stumbled into the bedroom after collecting some eggs from the henhouse and kicked off his shoes, preparing to enjoy a few hours of rest. His wife’s “great Sabbath day,” ironically enough, had become his as well.

Fred sat down on the side of the bed to remove his socks and change his pants but paused when he noticed that Geneva had been so engrossed in her prayer fit that she had forgotten to take her box to church. A year ago, he would have felt guilty for having the temptation to snoop through her belongings, but for the past three weeks, his nerves had been shot to the core so mercilessly by this woman that he hardly felt anything anymore. Even Job seemed to have it better.

Fred stood up without a semblance of hesitation and limped over to the unlatched box, preparing himself for the great reveal. Wiping the dirt  from the egg basket off his hands, he picked up the box and thus crossed the threshold of a sanctuary that had violated his home for well over a year. He took an abnormally loud breath and peered in. With furrowed brows and a slightly opened mouth, he stared back at his own reflection. Nothing was to be seen in the box save, glued to the bottom, a tiny mirror.

Br. John Thomas Fisher grew up in Easley, SC. After becoming a Catholic ​in high school, he studied philosophy and French at the University of South Carolina. Upon graduating, he worked at a bookstore and church doing maintenance for a year before entering the Order in 2013. Brother John Thomas first became acquainted with the Dominicans during a trip in college to Rome. On DominicanFriars.org