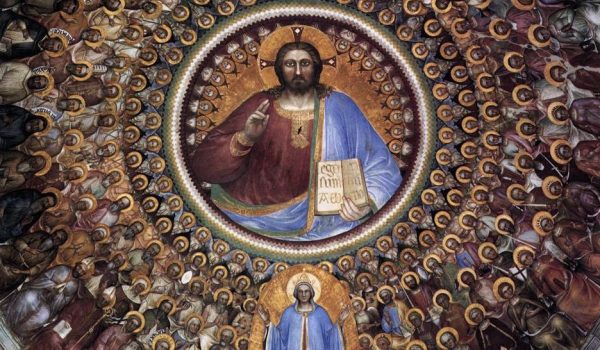 “Oh, Lord, I want to be in that number, when the Saints go marching in!”

Like every good New Orleanian, I always interpreted the song “When the Saints Go Marching In” as a prophecy of the impossible regarding the day when the home team would finally make it to the Super Bowl.

When that day did come, the streets of New Orleans saw black and white, young and old, rich and poor, friend and enemy celebrating the “Black and Gold victory” in Super Bowl XLIV. It was as if all barriers that had kept people apart were ripped down. Redemption had finally come to our city—new life after the death and destruction wrought by Hurricane Katrina four years earlier. By our interpretation of the old gospel ballad, we were now among that number because we were witnesses to the impossible.

The song was originally written about the desire to be counted “among the blessed” in the eyes of God when the final judgment comes—to be in the company of Christ and all the saints. It was first intended as an expression of confidence in the mercy of God that this poor sinner could one day share the indescribable happiness of heaven with even the most noble of saints.

But this just makes Heaven sound so boring! We’re limited to dry terminology (e.g., my last two paragraphs) or flimsy turns of phrase (“the path to holiness,” “personal sanctity”) that struggle to convey just how stunningly joyful Heaven will be.

I think the way that the New Orleans Saints’ Super Bowl victory brought together a severely divided and broken city can help us glimpse something about Heaven. Imagine people at Fat Harry’s Bar on St. Charles Avenue watching Tracy Porter’s 4th quarter interception and subsequent 74-yard touchdown return. During those moments of euphoria, how many countless family members forgot the hurts, the grudges, the deep and abiding wounds between them? How many sworn enemies could drop the proverbial weapons and manage an awkward smile and handshake? How many otherwise strangers became best friends that night—knew the names of each other’s wives and kids?

Under normal circumstances, they probably never would have spoken to each other on the street: our natural selfishness keeps us looking out for number one. It keeps us afraid to go out of ourselves and to make contact with that stranger, that old enemy, that hurtful family member.

But what makes those experiences of intense joy so great is that we share them with others—be it random neighbors or close family. They naturally bring people together. And thankfully enough! Because nobody wants to celebrate something so momentous alone.

Wanting to be a part of the communion of saints is the grand-scale version of wanting to be a part of celebrating a Super Bowl win. And it’s this kind of communion with others that we will experience in Heaven, when all wounds will be healed and all tears dried. Our relationships with others will be purified by the fire of God’s love and forgiveness. They will be transformed into the most intense experiences of communion precisely because they were once broken by selfishness and disappointment and now they have God Himself holding them together.

So Heaven will be like a bar: only the celebration of the Victory that brings together the otherwise divided will not just last until morning. It will be so huge and death-destroying that the party goes on for eternity.

Br. Reginald Hoefer was born and raised in New Orleans, Louisiana, where he attended Jesuit High School. He entered the Order in 2014 after receiving a B.A. in Classics from The Catholic University of America and working as a Credit Analyst at Iberia Bank in New Orleans. On DominicanFriars.org