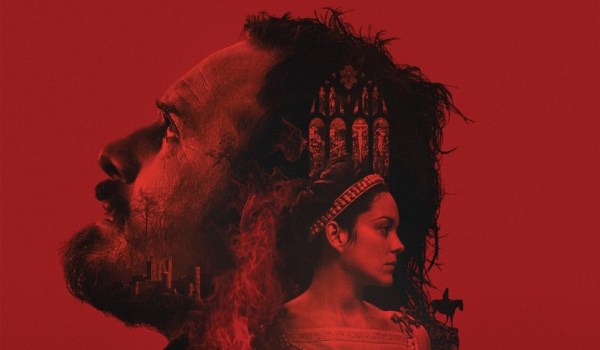 It may seem absurd to leave after seeing director Justin Kurzel’s new adaptation of Macbeth and to think, “Now that’s pro-life.”

That is because, true to the Shakespearean original, the film abounds with violence and blackened, gory blood. The eponymous character’s name rhymes with death, and his tragedy traffics in it. A cast of fresh corpses assumes as prominent a role as does Macbeth, filling up the screen from the very first frame to the final sequence. Kurzel’s film might therefore appear completely hostile to life.

But for all its attention to the bloodshed that results from civil strife and tyranny, what haunts this new adaptation most—what poses the greatest threat to the grip Macbeth enjoys on kingly power—is, paradoxically, not the threat of death but of life. The fundamental human desire for life proves stubborn, indomitable. Ultimately, regeneration trumps corruption.

For those whose copies of the play have been collecting dust since 11th-grade English class, this great Shakespearean tragedy pivots on the prophecies that three witches direct toward to the decorated Scottish general Macbeth (played in the film by a rugged yet brooding Michael Fassbender) and a fellow thane, Banquo. The witches proclaim that Macbeth will receive additional titles, ultimately resulting in his becoming king of Scotland, and that Banquo will beget kings, although not be made one himself. The first prophecy is swiftly fulfilled: Macbeth is named Thane of Cawdor, replacing the former, treasonous holder of the title, who has been executed. Suddenly these prophecies turn the entire drama into a tragedy of self-assertion, or rather, over-assertion. Coaxed on by his wife Lady Macbeth (the arresting Marion Cotillard), Macbeth does not wait patiently for the next prophecy to come true. He instead makes sure it does, murdering King Duncan during his royal visit to Macbeth’s home. Having forced fate’s hand through an exercise of his free will, Macbeth finds himself in the throes of an ever-deepening obsession with making sure the other prophecy, the one full of promise for Banquo’s offspring, does not come true. This means, Herod-like, he seeks to slaughter all rivals to his throne—rivals present and future, adult and child, real and imagined. Banquo is the first to go, followed by the wife and family of another thane, Macduff, who escapes Scotland when he suspects the evil lurking behind Macbeth’s rise to power. By the end, Macbeth has become a true enemy to life, his judgment clouded by “slaughterous thoughts” alone. According to one line of interpretation, this disordered condition even applies to his own will to live, which he seems all too ready to surrender at play’s end.

The film does a fascinating job handling many of Macbeth’s central themes. But Kurzel and his screenwriters do their best interpretive work teasing out the ways in which Macbeth is more than a blood-soaked political tragedy; even more so it is a domestic tragedy about bloodlines—particularly the struggle and pain that comes with trying to advance them. To this end, the film makes extensive use of something only hinted at in the original play-text: that the Macbeths are childless. That childlessness in turn torments them, poisoning the choices they make in response to the witches’ prophecies. I won’t give away how the film reveals all this, but it is both undeniable and powerfully portrayed. It preserves a sense of tragic integrity for Macbeth and Lady Macbeth, an integrity missing from many other modern versions of the play.

Meanwhile, just about everyone else in the film is fruitful, and children turn up everywhere. As Banquo and Macbeth arrive home from battle, for example, a gleeful young boy bounds unsteadily toward Banquo, who responds by dismounting and catching his son in an embrace. The camera cuts to a stolid Macbeth, who receives no such welcome. Later, as Macbeth sits quietly, pondering the deadly plot against King Duncan, his meditation is interrupted by the sound of children nearby, singing some sort of lighthearted ballad. Their bright voices offer a stark, unsettling contrast to his silent musings. Even unto the witches, it appears, a child has been born: throughout the film the three adult females are accompanied by a fourth, an apprentice-like witch of elementary-school age. Throughout the film—as Macbeth steeps himself further in blood and his reign becomes a veritable culture of death, wherein the mere existence of others is seen as an intolerable threat and burden—children appear and reappear to remind us that although hopes are dim, all is not lost.

The natural landscape of the Scottish Highlands, where most of the film was shot, reinforces the thematic contrast between hostility to and the heartiness of life. The world of Macbeth is majestic but largely desolate, filled with thick fogs and yellowed, sickly fescue. When Macbeth proclaims that “Nature seems dead,” we should take him to mean not only the natural principle within him—the will to live and to promote life—but also the natural world around him. In the environments that prove inhospitable to most species, however, the most resilient forms of life still appear. The same applies to the characters who survive Macbeth’s rage and ambition—character faults that, ultimately, create the conditions for his own demise.

Kurzel’s Macbeth features many streams of spilt blood, but a deeper current moves below the surface. It is animated by an awareness that life, though vulnerable, is an intrinsic principle and fundamental desire, always capable of enduring the extrinsic forces of violence and cruelty that shape even this most ferocious culture of death.