Menu
Confraternity of the Most Holy Rosary > Uncategorized > Learning to Entreat 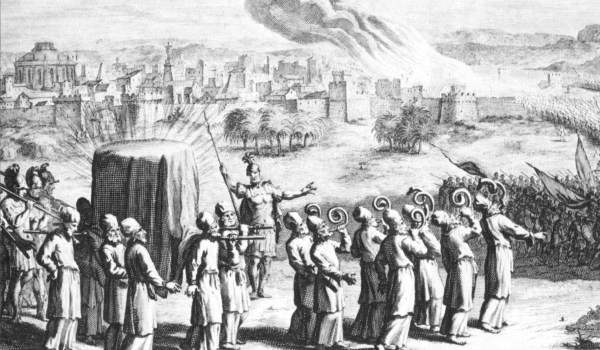 In today’s Mass readings, the Church proposes two contrasting accounts of religious entreaty.  In the pericope from the First Book of Samuel, we read how the Israelites, having been defeated once by the Philistines, placed the ark of the covenant in the midst of their army as they began a second battle.  The plan fails disastrously: the army is defeated, the high priest’s sons—who had accompanied the ark—are slain, and the ark captured by Israel’s enemies.  Then, in St. Mark’s Gospel, we read of a poor leper begging the Lord: “If you wish, you can make me clean.”  Moved with pity, our Lord stretches out his hand, touches him, and replies: “I do will it.  Be made clean.”  The evangelist tells us that the leprosy left the man immediately.

Why does God respond so differently to these two requests?  The leper approached God humbly, in faith.  While he sought supernatural assistance, he recognized that his healing was ultimately in God’s hands: “If you wish…”  The Israelites, however, perhaps deficient in their faith, did not pray to the God whose covenant was symbolized by the ark.  Rather, they treated it as a talisman, the mere presence of which they thought sufficient to guarantee victory.  We must remember that all graces come freely from God of his own benevolence.  We are not able to impose arbitrarily our will upon God through rituals or objects that force him to dispense graces (the Church’s sacramental rites are certain to bring about grace because they are celebrated according to God’s own promises and stipulations).  This is not to say that we should never ask for God’s assistance.  Certainly, at least part of the explanation for the healing that Christ performed is that the leper came up to him and asked.  However, in all our prayer, we should always remain docile to the will of God.  Part of a life of holiness is learning to say with Christ in the garden of Gethsemane: “Not my will but yours be done.”

Yet how often do we fall into the error of the ancient Israelite army at Aphek and expect—rather than hope—that our prayers will sway God?  Perhaps we are surprised when we fail to obtain an object we desire despite praying assiduously for it; or perhaps we cannot believe God allowed us to fall into an inveterate sin again, despite so firmly setting our will against it at our last confession.

It is, perhaps, even easier for modern man to fall into the trap of thinking he can manipulate God than it was for his ancient forebears.  Human beings naturally come to know things through the senses.  Though we can know supernatural truths through the divine gift of faith, our thinking about them is nevertheless shaped by the consideration of physical things.  Thus, even the Church’s greatest theologians and mystics rely upon similes, metaphors, and analogies to describe spiritual realities.  For the ancient Israelites, nature was powerful and uncontrollable; it gave life but also wrought tremendous destruction.  The Psalms sing of all creation praising the Lord and manifesting his power and goodness.  For the medieval Dominican encyclopedist Vincent of Beauvais, nature was a mirror through which to glimpse God.  However, most modern readers probably agree with Francis Bacon that nature is to be “vexed,” interrogated, and dominated through the scientific method for the betterment of mankind.  In the desert, we no longer witness man’s frailty in the face of the elements—a reminder of his finitude and dependence on God—but his power to make even the barren earth bloom.  Man’s stewardship of the natural world no longer perfects what is already present (e.g., beautiful sand dunes) but adds something novel and extrinsic (e.g., a golf course); thus, some wrongly assume that God’s grace, too, adds something foreign to human nature rather than perfecting the human nature that is already present in each individual.  Whereas St. Patrick found in the shamrock the image of the Trinity, the cellular biologist notices a complicated arrangement of molecules governed by genes, the botanist a short, three-leaved plant, and the ecologist an important source of food for grazing animals.  Though such a specialized approach to knowledge has led to many useful discoveries, it can also lead to a dangerous fragmentation of knowledge—which should be unified by its common pursuit of Truth—and a reduction of reality to no more than the sum of its parts.  In contrast, for example, an embryo in the womb is more than a lump of cells: it is a human person, created and loved by God.

In Laudato Si, Pope Francis pleads for mankind to remember the harmony of creation.  All that exists is good and points ultimately to God.  Though man can manipulate nature for his own benefit, he must not forget the intrinsic value of God’s creatures.  Moreover, he must recall that human knowledge is, fundamentally, passive: it is not to be found in vexing or torturing reality, but in being receptive to it.  Similarly, and more eminently, man’s relations with his creator should be receptive and harmonious.  God is not another object to be manipulated by our prayers but three Persons of infinite dignity who love us and desire our good, which may not lie where we think it does.  Like the leper in the Gospel of Mark, let us be bold in asking for God’s aid and docile in accepting whatever he wills.

Image: Bringing the Ark into Battle