Menu
Confraternity of the Most Holy Rosary > Uncategorized > Explanation and Experience 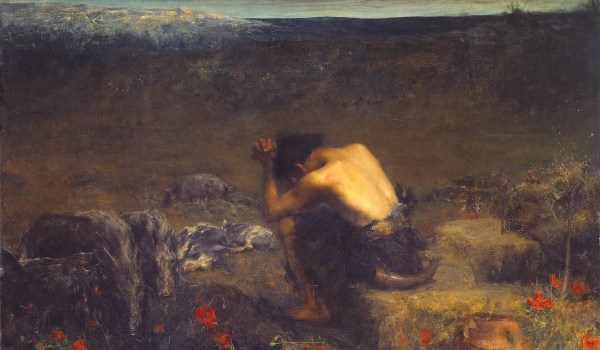 A parent will usually allow his children to learn from their own mistakes when it doesn’t involve considerable danger. Trying to tie their shoes when they’ve yet to acquire that skill or attempting to reach a shelf still too high for them teaches children to ask for help. When I was learning to drive, my parents let me take any side road I thought would save time so I’d learn that it wasn’t the fastest way. Experience is a great teacher to many, so naturally a parent will know when experience will be more helpful for their children than their own explanations. However, when experience comes at a cost, particularly one that could be harmful, would anyone in his right mind not urge his own flesh and blood to avoid such a path?

St. Luke is the only Gospel writer to present the story of the prodigal son, containing a seemingly silent father who lets his son treat him as if he were dead while he moves away to squander his inheritance and only comes crawling back home when he is worn down by his self-destructive lifestyle, famished and ashamed. Why don’t we hear the father warning him beforehand? Did he not care what was about to happen to him?

Sheldon Vanauken’s A Severe Mercy received its title from a letter written to the author from C.S. Lewis. After Vanauken tragically lost his wife, Lewis wrote to him discussing how the Lord, in having taken her so soon, treated him with a “severe mercy.” Their love for each other had become so misaligned that her death may have just saved both of their souls, as it was only then that Sheldon could understand what should come first in life. Two souls so radically infatuated with the other (even though such a love learned to be based in love of their Creator) were met with a force of mercy that necessarily had to be just as radical as their disproportionate interests.

Explanations of one’s experience are just that: explanations. The intangible aspects of human life (mercy, love, beauty, etc.) can sometimes only be explained by those who have experienced them, and they can only be understood fully when the one learning experiences them as well. God’s mercy, grace, love, and everything that emanates from him can be explained only to a degree. Without an encounter, no words satisfy. The greater the lesson that is needed for a particular soul, the greater the encounter and experience must be.

This is why God must act first. Just as he is the one to give us the grace to believe at the outset, so he gives us the grace to persevere in that faith and all that comes from it. Purely by ourselves, we cannot will ourselves to know mercy, to understand charity, or to comprehend his infinite truth. We experience his goodness piecemeal as he so permits and judges fit. The father of the prodigal son could have begged his son not to go down the road he was about to set out on, but it would have been no use. The son needed a severe mercy. When it was received, he was all the better (as are we) for having experienced it.