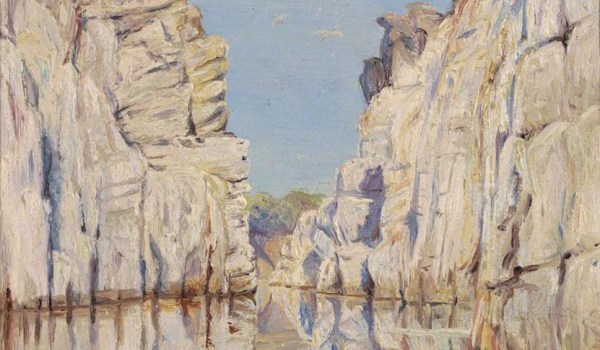 Today we take a national holiday to recall a man who demanded from his country the riches of freedom and the security of justice. Freedom is an easy thing to celebrate, but we talk about freedom so often that it can become trivialized. So today it is good to take a moment and reflect upon the freedom and justice that Martin Luther King Jr. pursued and to consider his contribution with more than a superficial glance.

The freedom and justice King sought were not vague and abstract, not a freedom to act without constraint nor a justice that is merely an absence of injustice; they are oriented toward something specific: brotherhood. In his I Have a Dream speech he “finds himself an exile in his own land,” and declared that “now is the time to lift our nation from the quicksands of racial injustice to the solid rock of brotherhood. Now is the time to make justice a reality for all of God’s children.”

King desired a brotherhood that is deeper than that envisioned by postmodern philosophers or secular humanists; he desired a Christian brotherhood. After all, as he noted in his Letter from Birmingham Jail, he was “in the rather unique position of being the son, the grandson and the great grandson of preachers,” as well as being a preacher himself. And so he seeks a fraternity that is founded upon mercy and truth. Regarding the truth about human dignity he said in his most famous speech: “I have a dream that my four little children will one day live in a nation where they will not be judged by the color of their skin but by the content of their character.” Regarding mercy and forgiveness, King hoped that “the sons of former slaves and the sons of former slave owners will be able to sit down together at the table of brotherhood.”

The brotherhood that King sought is not only Christian, but ultimately perfected in a particular eschatological vision. It is expressly a brotherhood of eternity, present in some way now but consummated when “justice rolls down like waters, and righteousness like a mighty stream” (Am 5:24). This fraternity will be fulfilled in the Second Coming of Christ when—King cites the Prophet Isaiah—“every valley shall be exalted, and every hill and mountain shall be made low, the rough places will be made plain, and the crooked places will be made straight; and the glory of the Lord shall be revealed and all flesh shall see it together” (Is. 40:4-5). King, by working for unity here on Earth, anticipates the unity in Heaven that only Christ can bring about. It is an ambitious dream. But it is a dream worth dreaming; and we ought to desire nothing less.

There is a (possibly apocryphal) story that Thomas Jefferson, when penning the Declaration of Independence, originally began with the phrase “all men are endowed by their Creator with certain unalienable rights, that among these are life, liberty and property.” It would have been faithful to Locke, that political philosopher who exercised so much influence over the founding fathers. But writing “property” instead of “the pursuit of happiness” would have been small-minded. Thankfully the much greater, and much more authentically American, “pursuit of happiness” is what we inherit.

Yet how often do we pursue a shrunken happiness in property, or power, or affirmation, rather than the greatness of authentic freedom? How often do we fail to dream of a fraternity of humankind brought about when “the glory of the Lord shall be revealed and all flesh shall see it together”?

It sometimes seems that today’s dreamers, today’s heirs to King and his legacy, don’t dare to dream with his audacity. Some dream of purely political gains and social movements, not the happiness of a brotherhood wrought by God. Merely political and social changes are necessary but not the end; they are only worth fighting for because, if they are true and just and merciful, they prepare the way for the Lord. When we dream of His coming, when we prepare His way in our own lives, in our relationships with others, and in our political engagements, only then do we hasten the day when our nation will be united, as King desired, “into a beautiful symphony of brotherhood.”