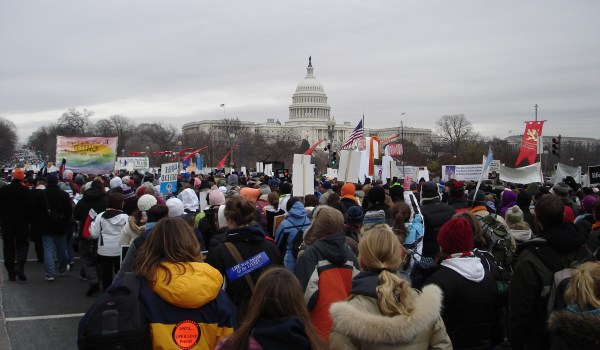 Back in November Dominicana’s own Br. Dominic Bouck, O.P., wrote a post in which he cited Abbot Jean-Charles Nault’s book on acedia or sloth.  Br. Dominic notes that “acedia is a sadness at the gifts God gives us, often because receiving them fully may also involve a renunciation of some lesser, material goods.”  The desert father Evagrius Ponticus teaches that the demon that tempts us to acedia is “the most oppressive of all the demons”; the reason for this is that this sadness prevents us from appreciating the highest goods and therefore leads to a certain flightiness of spirit or restlessness of body, which in turn leads to deeper sadness.

Restlessness seems to be ubiquitous in the modern era: we are never happy with what we have or where we are, but, as soon as we get what we want, we have to have something else or something more.  Nault argues that this restlessness affects many baptized Christians today in the temptation to leave the Church.

How many Christians think that the Church is ‘behind the times,’ that she has remained in the Middle Ages, and wish that she would catch up with the modern era? … They wonder also what authority the Church could have [in certain matters].  What right does she have, for example, to meddle in matters with regard to the beginnings of human life, or, on the contrary, those that concern its final moments? . . . . If the Christian finds himself too constrained in the Church, is it not because, ultimately, he is too constrained in his own heart? (138)

Did you catch that?  It seems that Abbot Nault is drawing a direct connection between personal insecurity or instability and the idea that one can “leave” the Church as one leaves a political party over a disagreement of platform, in particular, the question of human life.  For some, Church authorities seem to be trying to keep women from enjoying the kind of autonomy that is their “God-given right”: “A woman shouldn’t have to carry a baby to term if doing so would infringe upon her chosen lifestyle, should she?”

All of us who have participated in the March for Life have seen the two or three lonely protesters on the steps of the Supreme Court sporting signs that say such things as “Pro-faith.  Pro-family.  Pro-choice” and “Keep Abortion Legal.” The nation’s newspapers generally publish a photo of these few “Pro-choicers” next to a few “Pro-lifers” that ignores the presence of the hundreds of thousands of other people behind the camera who have also come to protest the legality of abortion.  Why mask the fact that many, many Americans are sick over the country’s allowance of abortion?  Why try to make the case that one can be “Pro-Faith” and “Pro-Family” while also being “Pro-Choice”?  The sad irony is that the pro-abortion lobby and their media allies act quite vigorously—seemingly not slothfully! But their activity protects a kind of selfishness on the personal and social levels, a selfishness that does not welcome God’s gift of life, a selfishness against the goodness of God and our neighbors. Pro-abortion activity supports the spiritual negativity that is sloth (see Summa theologiae, II-II, q. 35, a. 2).

Acedia makes us restless, uncomfortable with the stability of human nature (for which reproduction has an important role) and obsessed with the idea of our own autonomy. If we cannot appreciate spiritual goods, we feel that we must be at liberty to scramble around in pursuit of numerous lower goods. Children call us out of ourselves. They prevent us from scrambling after our base pleasures. Acedia, therefore, seems to entail a subconscious hatred of ourselves, of our own humanity, of our orientation to the goods of the spirit and to the good of having children.

In our fallen state, humanity is unable to be at ease with itself without God’s mercy. This mercy was most grandly manifested in our Lord’s taking on our human nature, becoming one of us. This same human nature that some may secretly despise and want to kill before birth—this is what our Lord dearly loves and takes to Himself.

For those of us who can receive the Holy Eucharist, Christ gives us His own human flesh to heal our brokenness and self-hatred. Should there be tendencies toward acedia in our own lives, Holy Communion acts as a remedy. Against acedia’s subconscious discomfort with ourselves, against acedia’s flight from God, the Eucharist roots us ever more deeply in the divine life. In Christ’s generosity, the Eucharist moves us toward generosity for all humanity. That Eucharistic impetus against acedia, if instilled in enough of us, can offer a powerful, joyful alternative to those persons tempted by the despair that leads to abortion.

Image: The March for Life