Menu
Confraternity of the Most Holy Rosary > Uncategorized > Beyond the World and Me: A Challenge to Ta-Nehisi Coates 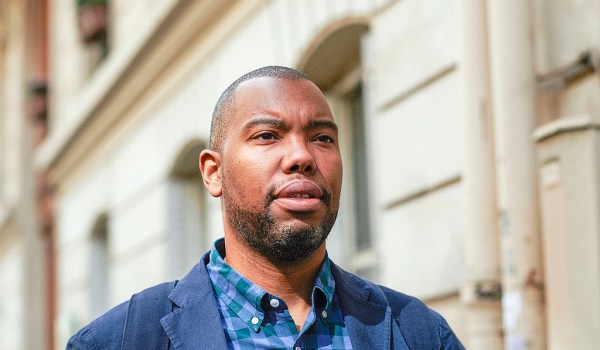 Reading outside the strictures of academia is one of the joys of the Christmas break. I like to go to Barnes and Noble and pick out a book that has been influential in the last six months and “catch up” with the world. This Christmas’s pick was Between the World and Me by Ta-Nehisi Coates.

Addressing the current race concerns in America, Coates’s book takes the form of a letter to his son. Coates is no mean writer; there’s a power to his prose that conveys a message without being preachy or pedantic. The first line is a good one: “Last Sunday the host of a popular news show asked me what it meant to lose my body.”

Perhaps the most important lesson I took away from the book is his account of the invention of race:

Americans believe in the reality of “race” as a defined, indubitable feature of the natural world. Racism—the need to ascribe bone-deep features to people and then humiliate, reduce, and destroy them—inevitably follows from this inalterable condition . . . but race is the child of racism, not the father. (7)

Coates’s point is that “white” and “black” are not real types but merely unhelpful labels. It’s not really that racism is an incorrect reaction to the reality of race, but that race is an irreality created by racism:

These new people [whites] are, like us [blacks], a modern invention . . . [they] were something else before they were white—Catholic, Corsican, Welsh, Mennonite, Jewish—and if all our national hopes have any fulfillment, then they will have to be something else again. (7)

This materialism comes out clearest in his reflections on the funeral of a friend:

I believed, and still do, that our bodies are our selves, that my soul is the voltage conducted through neurons and nerves, and that my spirit is my flesh . . . When the assembled mourners bowed their heads in prayer, I was divided from them because I believed that the void would not answer back. (79)

Coates’s materialism produces an obsession with bodies; the word appears on basically every page. And it is bodies that are to be protected and saved, not minds nor persons: “Our world is physical. Learn to play defense—ignore the head and keep your eyes on the body” (33).

For someone who values so highly the “gift of study,” it is odd that Coates does not see this “bodies-only” view of the world for what it is: a modern invention. Like “the white race,” materialism was born of modern science and the technological manipulation of reality. And like the notion of race, this contemporary construct is so pervasive. Charles Taylor has deftly chronicled this modern invention of materialism in A Secular Age, where he studies secularity as “a move from a society where belief in God is unchallenged and indeed, unproblematic, to one in which it is understood to be one option among others, and frequently not the easiest to embrace” (3). Modernity, in its secular guise of denying God and the immaterial, is “the fruit of new inventions, newly constructed self-understandings and related practices” (22).

In both Luke and Matthew’s Gospels Jesus warns against fear of bodily destruction: his disciples are not to fear those who can kill only the body but to fear him who can also destroy the soul. I suspect that Coates would respond that passages such as these were used to keep slaves in line, subservient to their unjust overlords. Yet even in their bodily bondage, those slaves produced some of the most beautiful American music, those spiritual songs that comforted their souls in dark times.

There’s a great camp-meeting in the Promised Land

This isn’t meant to deny the horrors of slavery but to show that the human spirit, whatever colored body it may inform, is not so easily destroyed. Coates’s solution (if there is one on offer) is to protect the body, to keep it safe from those who would abuse it. But surely this misses what’s most essential: the soul and the God who made it. For what on earth is the importance of the human body if it is merely a body? What is a person, if not more than a physical body? What gives the human body that inherent dignity that Coates so rightly seeks to protect? The traditional, rational, and commonsensical answer is the soul, the immaterial and immortal center of the self. This is the answer that those slaves sung about, of a reality beyond the world of the eyes, a reality in which God and they shared an existence beyond the physical.