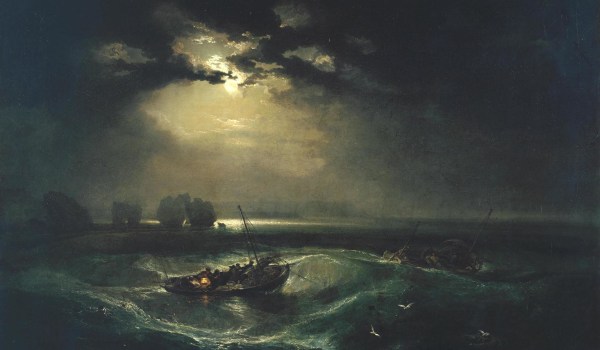 Imagine that you’re on a seventeenth-century Spanish merchant ship, sailing back with wares from the East Indies. A storm overtakes you, with howling wind and monstrous waves. Who would you call on for help? None other than St. Elmo, of course. In 1662, some sailors reported that the saint himself appeared to them and the sea calmed down.

We all need help on the seas of life, and it is good to know that we have a ready intercessor in St. Elmo (or Telmo)—not the fuzzy red animal thing, but a 13th-century Dominican Blessed. To Dominicans he is known as Bl. Peter Gonzalez, and his feast is celebrated today, April 14th.

Each saint lives out some part of the mystery of Christ, whose full measure is too great for any one person to embody. In Bl. Peter’s case, he has a share in our Lord’s power over the wind and waves. Jesus demonstrated His own power over nature on the Sea of Galilee, and Bl. Peter’s intercession makes it available to sailors of the past and present.

Bl. Peter Gonzalez was one of the Dominicans from St. Dominic’s own time, entering the Order in 1219. He was from Spain and spent most of his active preaching life in his home country. He had a wide-ranging ministry which included serving in the royal court of Ferdinand III, helping to improve the morals of the king’s army, preaching to Muslims, and working among the poor. But Bl. Peter is best known for the last part of his ministry, in which he preached to sailors in Spain and Portugal. His concern for their souls was the source of the sailors’ devotion to him, because he was tireless in his efforts to reach them, whether they were in taverns or on the docks. After his death, the sailors remembered both his love for them and a weather-related miracle that he had performed.

On this occasion, Bl. Peter was preaching outside the city of Bayonne to a large crowd when a storm rolled in. The people were afraid that rain would soon follow the thunder and lightning, and got ready to leave. But Bl. Peter, like any good preacher, did not want to lose his audience. He reassured them that God would protect them, and then prayed for help against the storm. At a distance around the crowd, rain flooded the countryside but did not touch those listening to Bl. Peter. Who could forget an experience like this? News of the miracle spread quickly, and sailors who knew it started to invoke Bl. Peter’s intercession at sea after he died.

Whether we invoke him under the name of St. Elmo or Bl. Peter Gonzalez (the former name was already popular among sailors, and they started using it for Bl. Peter), this holy man will come to our aid in the midst of our personal storms. Not many of us will encounter a storm on the high seas, but we all know what it is like to reach a crisis, when every person and event seems to be working against us. Our Lord wants us to trust not only in Him, but in the intercessors He has given for our benefit. Appealing to a saint when we are desperate increases our faith in God’s Providence, which wisely orders all things. We receive a glimpse of how He intends for us to receive help from just this saint at just this time. Afterward, our gratitude at being helped strengthens our devotion to that particular saint, as well as our awareness of how close the whole communion of saints is to us.

The next time a storm hits, try this short prayer: “Bl. Peter Gonzalez, pray for us!”