Menu
Confraternity of the Most Holy Rosary > Uncategorized > Calling Home 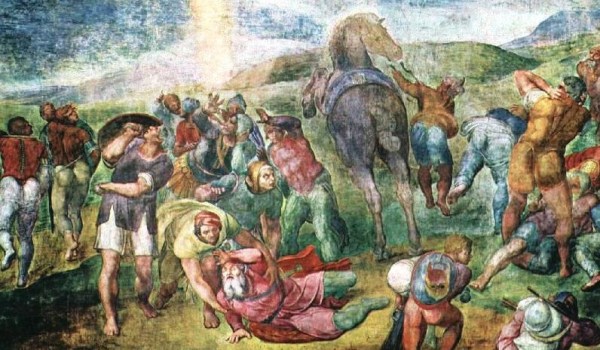 “There are two ways of getting home; and one of them is to stay there. The other is to walk round the whole world till we come back to the same place; and I tried to trace such a journey…”

With these words, Chesterton begins his account of what makes Christianity distinct by making allusion to his own conversion. This is certainly a common approach: Christianity has called for belief and conversion since that first Pentecost when Saint Peter spoke to the polyglot crowds of Jerusalem, and the quality of his preaching is certified in the text by the thousands who believed and were baptized. Nor was this a unique incident: converts like Ss. Justin Martyr, Augustine, and Kateri Tekakwitha have adorned the Church in every age.

Today’s Mass reading from the Acts of the Apostles serves as the defining example of conversion. Just as St. Stephen is called the Protomartyr, in whose murder Saul acted as an accomplice, so Saul himself could be called the proto-convert. The deacon’s holy example has proved foundational in the Church’s understanding of what martyrdom is. Similarly with Saul, now Saint Paul, on the question of what it means to be a convert. What can we learn about conversion from what Saint Luke provides in today’s reading?

First of all, conversion comes primarily not from our agency, or disposition, but from God’s ever-sufficient grace. Saul begins today “breathing murderous threats” against the Church. It seems that he did not start by praying the sinner’s prayer or by asking himself whether Christ was His savior. Rather, Christ provided an answer to a question that was not asked, to a need that was not recognized. This realization struck Saul down, so that not only did he fall to the ground, but he also needed to be told to get up (Acts 9:6)!

Secondly, this vision of the risen Christ led to physical blindness on Saul’s part. The blinding does not deny the power of revelation but rather confirms it. Aristotle speaks of how our intellect receives unchanging, primary truth in much the same way that a nocturnal owl’s eyes squint in the light of the blazing sun. Our blindness does not deny our new awareness but confirms the God who manifests Himself.

Thirdly, Paul’s conversion led him to seek out those who would have personally known the Man revealed to him briefly but sufficiently. St. Paul’s subjective experience did not in itself dictate how he understood apostolic teaching. Rather, it compelled him to accept the witness of the original apostles, while sharing also the revelation that he himself had received and which directly joined him to their ranks. “I hand on what I have myself received” (1 Cor. 11:23).

Of course, as Chesterton notes, there were two ways home. St. Paul serves as the prototypical example of coming home, but St. Peter will provide us (in tomorrow’s Gospel in John 6:68) with an example of “staying home.” “Lord, to whom else shall we go?” is not simply a declaration of a lack of options, but rather it echoes Peter’s confession on Mount Tabor: “Lord, it is good to be here” (Matthew 17:4).

Chesterton, like many a convert, recounted how far he had to come in order to become a Catholic. But, he also recognized that staying put could provide a more sweeping view than traversing the whole world since “the Church is much larger inside than it is outside.” Saint Paul’s confession of the risen Christ was a turning point in the life of the Church, but so also was Saint Peter’s confession of Christ as the Bread of Life. That is why the daily-Mass-goer of any stripe, whether homeschooler, young professional, or “Church lady,” has a cosmopolitan awareness that exceeds that of the world traveler who lacks this contact. Having received the Son of the Living God, the Lord of all times and places, with such intimacy, the faithful are no longer slaves to their time, place, or social conventions. Rather, they can now find fulfillment in a life of charity as His servants (and adopted sons), seeking the Kingdom as the first and foremost goal of their lives. Whatever our path has been, may it please the Lord to bring us home, or keep us there.