Menu
Confraternity of the Most Holy Rosary > Uncategorized > Forever 21 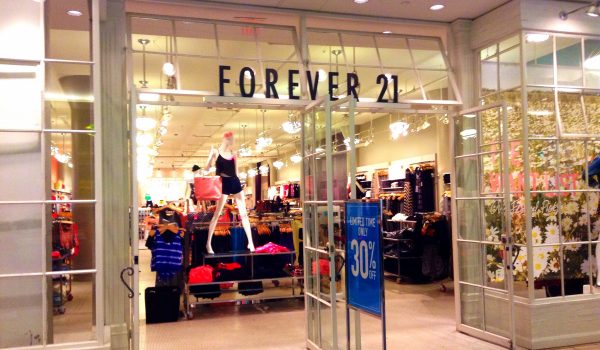 My list of pet peeves is short, and it runs like this: traffic, small dogs, and shopping. Fate has ruled that I shall always dislike these three things, and there’s no help for it. But for now, I want to focus only on the last one. Though I’ve spent my whole life ignoring clothing stores, one has been catching my attention from the sidewalk over the past few years: Forever 21.

I mean no insult to the store itself, as many people I know shop there, and they seem to have some nice clothes. My sister even tells me that they print “John 3:16” on the bottom of each shopping bag. Not bad. But it’s the name itself that grabs me. It seems to present the core American image of the “good life.”

Whether you’re 16 or 61, everyone wants to be Forever 21. A ubiquitous offhand example is high school parties, that widespread practice of parents letting their children turn the family home into a nightclub any given Friday. Neither the kids nor the parents are 21, but everyone wants to be.

The desire for eternal youth has long plagued our race, from the Hebe of the pantheon (goddess of youth), to Peter Pan, to Pizarro who found no fount of said quality when he explored Florida. Our continent indeed lacks such sacred springs, yet though we have no Fountain of Youth, we struggle to become one ourselves. Our ideal has become the 21-year-old figure, still unmarried, still healthy, still beautiful, still free—which translates as, “yet to make major life decisions.”

Making life decisions is one of the elements which makes being 21 not so easy. It turns out that making life decisions can be a huge burden, as they will greatly shape our identity, which has only just started to take mature shape. Yet it’s not impossible, and with a little help we all make those decisions and keep going. 21 has its blessings and burdens like all ages. The problem isn’t being 21, but idealizing it as a sort of icon. It’s being another age and living as if you were 21, that sad chase into the past that some of us take up.

There’s a humorous scene in John Cheever’s story “Goodbye, My Brother.” At a summer house on the Massachusetts coast, grown-up siblings and their spouses attend a dance at the boat club, while grandmother is left to watch the children. The invitations say for every couple to “come as you wish you were.” Sure enough, every woman arrives in her wedding dress and every husband in his old football uniform. They all dance and then leap into the sea in their clothes, these middle-aged parents returning to the house of their youth, trying to re-live the days of their youth. But their father is dead, their widowed mother a drunk, and the siblings have grown estranged. The story ends in a row between brothers one morning, the jovial one (a drunk like his mother) smashing his puritanical brother in the head with a water-soaked root, the two of them never to speak again.

The saddest part of the story isn’t the sloppy, bitter pre-dinner cocktail party or even the fight between siblings on the beach. It’s that the children of these people seem estranged from their parents, who are acting too much like children to be parents.

Life, it so happens, has a sort of ironic wisdom whereby our adult commitments—if undertaken seriously—can make us truly youthful. Whatever our life decisions—parenting or becoming a monk or becoming a teacher—life has a way of making us young again even through our adult roles. The best adults I’ve met are very committed adults, but very young at heart.

Franco Zeffirelli (of the Jesus of Nazareth series) was once asked his age in an interview. He responded, “4 times 20.” He was 80 at the time, but preferred to say how old he felt inside. And it’s true that God has made us to grow younger as we grow older. For youth is more a state of soul than a time of life, or, a growing freshness and interest in all things as a result of our being renewed by grace. Sin truly makes us old and lifeless, which is not only a theological point but one from experience. Sin takes away our vigor. The soul may grow wise and mature, but it doesn’t necessarily “age” as does the body. Thus Georges Bernanos’ priest describes the Virgin Mary as she who is “younger than sin, younger than the race from which she sprang, and though a Mother by grace, mother of all graces, our little youngest sister.”

To be Forever 21 might even be a fair description of God’s own plan for our life, but that’s according to how he designed this life. It is the adult stuff, like commitments, which become a true fountain of youth, not our own charades and weekend attempts.