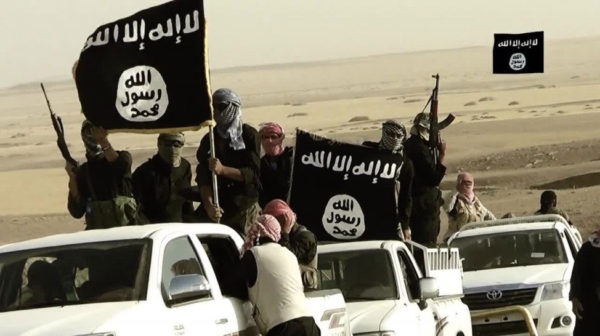 The Muslim holy season of Ramadan this year has been marred by major terrorist attacks by radical Islamic militants all around the world, from our own nation, to Turkey, Iraq, and others. Reading an article about the bombings in Bangladesh, however, caught my attention in a particular way.

The details of each mass shooting or bombing carry such horrendous details and depraved storylines that it can be difficult to have the appropriate feelings in response to each attack. It can be easy to say, “Oh wow another one…” and click on the next article.

Yet this attack in Bangladesh featured something unique: the smiling youthful faces of Islamic militants, committed to a sacrificial life of terror, resolved to kill innocent human life. Although the connection is difficult to express, the first thought I had was that these photos look like our vocation posters.

In the history of portraiture, big smiles were not usually popular, whether it be because of the technology or a more stoic culture. Regardless, to attract people today, it is common to have big grins that say, “I’m happy in what I’m doing!”

These men pictured in the medieval robes in imitation of St. Dominic—and also as an expression of conformity in the vowed life and ultimately in Christ—are radical Christians. As Br. Aquinas Beale, O.P., wrote in the Summer 2016 edition of Dominicana, there are some commonalities between a young man who gives his life to Christ through St. Dominic, and one who gives his life to Muhammad through ISIS. Among these are a distancing from consumerism and militant secularism, rejecting a life that worships “me” before anything else, a desire to join some greater cause . . . the list goes on. Indeed, the attractiveness of a way of life that transcends self can even be transcultural, as seen in the recruiting of those unsatisfied with the banality of life in the post-Christian west, attracting them to an evil cause like ISIS.

The common cause diverges, though, in how the two groups address the issue of an amoral culture: the Dominican friar is meant to be afire with the Holy Spirit, seeking to convert through charity and truth, forgiveness and service. The radical Islamic militant seeks to purify the culture through violence and hatred, often mistaking wayward children of God as targets rather than men, women, and children, spiritually wounded, looking for the Good Samaritan.

That is all well and good. But where, though, do those seemingly sincere smiles come from, on the faces of the coldest-blooded murderers in the world? Here, I struggle with words. We know true happiness ultimately comes from a true relationship with God; we know that ISIS militants are not serving God and are perpetrators of great evil; we also know that these militants are willing to make the ultimate sacrifice for their cause, and are able to smile about it. Six of the seven assailants in the Bangladesh attack were killed, something which they certainly knew would happen. How could they be so confident in such an evil cause? God only knows. May He convert the hearts of all like them.

The smiling, fake martyrs of ISIS are the cruelest mockery of those holy men and women who give up their lives with joy in persecution, whether in the early Church or today. 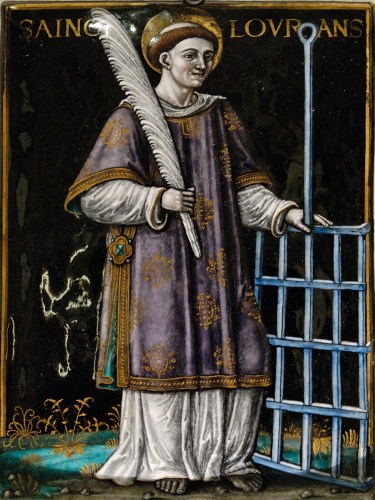 The smiles on the militants’ faces seem more to do with an unconscionable disregard for human life and a cocksure attitude in their worship of violence. As Pope Francis said in response to the attacks in Bangladesh, their actions are “barbarous” and “offenses against God and humanity.” Every person of good will can and should condemn these actions of the militants, regardless of the religion of their victims. When it comes to the persecution of Christians, we can recall our Lord’s words: “the hour is coming when everyone who kills you will think he is offering worship to God. They will do this because they have not known either the Father or me” (John 16:2b-3).

In the end, let me say this. The confidence I have in Christ—who praised the peacemaker—grows when I see these depraved individuals ape true joy, true religion, true piety. These attacks may well continue to affect our lives as the 21st century unfolds. But may we, by the grace of God, never confuse the joy of a persecutor with the joy of an evangelist.

Image: Day Donaldson, Can the US actually defeat ISIS? the limits of “limited war” (licensed under CC BY 2.0)