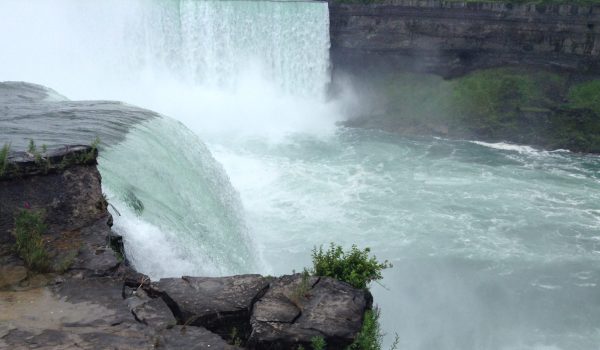 Editor’s note: This is the fifth and final post in a series highlighting the corporal and spiritual works of mercy during this Jubilee Year of Mercy.

The souls of the just are in the hands of God and no torment may touch them. It seemed in the eyes of the foolish that they were dead … but they are at peace. (Wis 3:1–3)

Boromir, shot with many arrows, fails to defend the hobbits from being taken by the wicked orcs.

Aragorn finds him as he lies dying. He reassures his companion that he himself will complete Boromir’s quest to defend his keep and kin, and kisses his brow as Boromir breathes his last.

Though in a hurry to rescue the hobbits, Aragorn, Legolas, and Gimli first tend to their fallen comrade: “Let us do first what we must do … lay him in a boat with his weapons and the weapons of his vanquished foes. We will send him to the Falls of Rauros and give him to Anduin. The River of Gondor will take care at least that no evil creature dishonors his bones” (Tolkien, The Lord of the Rings, “The Departure of Boromir”).

They carefully lay him out in the boat, with his cloven horn and shattered sword on his lap and the weapons of his final foes at his feet. Then they send the boat down the River Anduin to the Falls of Rauros.

“And Rauros roared on unchanging.”

Every culture in the world has some ceremony for burying the dead and considers leaving the dead unburied disrespectful. Even from a pagan perspective, honoring the dead makes sense; our honoring them makes the dead live on, though merely in memory. Such remembrance is important if only because the rest of the world roars on unchanged at their passing, utterly unaware and uncaring at the great hole that opens in the lives of those who knew the deceased.

In the Christian light, the burial of the dead has deeper importance. Christian burial of the dead takes into account each person as a unique creation in the image of God with living hope for the resurrection of the body. Our respect for the dead does not just glorify the deeds and virtues of the deceased as the pagans do, but also rejoices in the divine spark of life, wondrous and incomprehensible, which burned brightly in this flesh. Because each person is an image of God unique in all creation, each person is worthy of honor. Even more amazing, though, the baptized living in a state of grace is also a dwelling place of the Holy Trinity and holds that added dignity. The corpse of the deceased, therefore, is truly “significant soil” and we are right to show it honor because this flesh was a unique creation and perhaps even a dwelling place of the very Godhead (T. S. Eliot, The Four Quartets, “The Dry Salvages”).

Furthermore, the corpse, though no longer united with the soul of the deceased, is still properly his corpse. Though seemingly an insignificant and obvious statement, this becomes important because we believe in the resurrection of the body. The Athanasian Creed clarifies that at the final coming of Christ, all men will rise with their own bodies. This body I have is my own, and though I will lose it for a time, it will be returned to me in a glorified and fulfilled way.

This sense of personal possession—the realization that it is truly my body—adds to the solemnity of honoring the body of the dead and helps us understand burying the dead as a corporal work of mercy. “The bodies of the dead must be treated with respect and charity, in faith and in the hope of the Resurrection” (CCC 2300). The dead can no longer care for his own body, but as this body is an integral part of his identity as human—a vessel for the sacred life that God created and potentially even a temple of the Holy Spirit—it ought to be cared for in life and in death. Burying the dead provides the care for the body that the dead can no longer provide for himself in hope of his resurrection in the flesh on the last day.

While burying the dead shows mercy to a person’s body after his death, the parallel spiritual work of mercy, praying for the living and the dead, shows mercy to the soul of the dead, hoping that they might attain to that blessed vision of Heaven. The doctrine of Purgatory includes an understanding that the souls of the dead cannot help themselves get more rapidly to the halls of Heaven; they rely on the help of the living. And so, in hope of God’s mercy, we pray for the souls of the deceased that they may be swiftly purged of their imperfections and enter Heaven.

Tolkien expresses in metaphor the reason for these two works of mercy when he recognizes that though “the River had taken Boromir son of Denethor, and he was not seen again in Minas Tirith, standing as he used to stand upon the White Tower in the morning … the elven-boat rode the falls and the foaming pool, and bore him down … into the Great Sea at night under the stars” (“The Departure of Boromir”). Similarly, we profess a living hope that, borne on the coracle of our prayers and the care we take for their bodies, the dead might weather the cataracts of Purgatory and come to the shining shores of Heaven’s sea.