Menu
Confraternity of the Most Holy Rosary > Uncategorized > Let’s Eat. 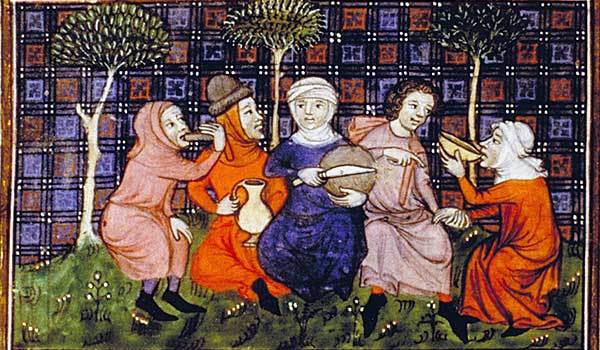 Editor’s note: This is the first post in a series highlighting the corporal and spiritual works of mercy during this Jubilee Year of Mercy.

Like any good native South Carolinian, I’ve spent a healthy amount of time in Charleston, one of the best cities our country has to offer. Its natural charm and consistent upkeep on preserving its cultural identity as an old Southern city render it nearly impossible to avoid whenever it isn’t overladen with tourists. One memory that sticks out among others came near the end of college when I drove down for a three-day weekend. On Monday, I woke up just before dawn and walked down to watch the sun rise over the battery.

Heading south on Meeting St., I noticed a man holding a skateboard. We said good morning right before he stopped, lifted up his trophy, grinned from ear to ear, and hollered, “Check out what some mug left outside on his lawn last night…mine now!”

“Guess he won’t do that again,” said I, and asked him if he wanted to grab breakfast.

“Nah, I found this in that dumpster just now. Just as good,” said he, showing a half-eaten sandwich partially wrapped in foil.

So of course, Robert and I stopped into a corner store, grabbed a couple coffees and chicken biscuits, and made our way down to the battery to feed the seagulls with the dumpster sandwich. For the next hour, we chatted about Charleston, the ocean, birds, and life. As we wished each other well and parted ways, Robert tossed the skateboard back since he couldn’t have ridden the thing if his life depended on it.

The poor guy was a touch out of his mind, but completely harmless. I’m not sure why that memory’s so vivid, as it was just one enjoyable morning among many in Charleston. I assume it sticks out because there was simply something incredibly human to it all.

Feeding the hungry or giving drink to the thirsty can be spiritualized very quickly, and sometimes justifiably so. We know that there’s an immense spiritual hunger in the world. A well-fed body may be pleased on earth, but a malnourished soul makes us none the better in the eternal scheme of things. At the same time, I wonder if these sorts of corporal works of mercy get so quickly spiritualized in order to allay any discomfort we may feel of setting aside a certain time to be with the physically poor and hungry. It wasn’t the calmest morning when I took a guy named George out to grab a soft egg croissant (he only had two teeth) and we had to eat on the sidewalk because he had no concept of an inside voice.

It’s uncomfortable getting to know someone exceptionally different, or leaving our structured and scheduled lives to be with another and share something of ourselves (even if it’s only a five-dollar breakfast). Once the initial discomfort fades, however, we immediately see that we’re all merely people trying to get by as best we know how.

The grace of God that comes to us through each other hits most palpably when we’re actually with each other. This means not just praying for this or that person but praying with them when they ask. This means not asking God to send food and a friend to a man we see lonely and hungry, but sitting down, having a biscuit, and asking about his life.

Sharing a meal with someone leaves a lasting impression on both sides. A certain joy remains as we walk away from each other, and it lasts longer than the satisfied feeling of the meal itself. In one sense, there’s something of ourselves abiding with the other. When we do the corporal work of feeding the hungry, the spiritual sense flows almost effortlessly. This idea of “sharing a meal” and “abiding with another” should sound familiar to any Christian trying to follow the example of Our Lord. Perhaps we can connect the dots ourselves.