Menu
Confraternity of the Most Holy Rosary > Uncategorized > A Captive Audience 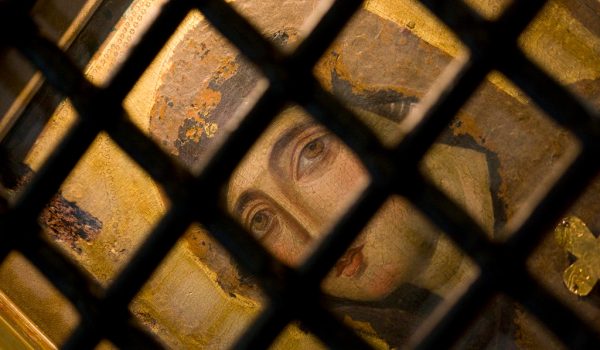 Editor’s note: This is the fourth post in a series highlighting the corporal and spiritual works of mercy during this Jubilee Year of Mercy.

Although Christ explicitly exhorts us (Mt 25:31-46) and the Scriptures proclaim it in no uncertain terms, visiting the imprisoned is not a common part of our Christian life. There are numerous obstacles that hinder or even prevent this ministry. Aside from obvious security precautions, some institutions may not allow such visitations. Even the criminals themselves do not naturally elicit our mercy. We have a fear of prisoners, while we pity the suffering innocent—the sick, hungry, or lost. Often feeling forgotten or rejected, they need to know that they too are loved. Ministry to the imprisoned is a service to Christ, who was himself imprisoned awaiting his crucifixion.

The prison system has three duties: to defend public order by exacting justice, to guard people’s safety through detaining criminals, and to correct offenders (CCC 2266; Compendium of the Social Doctrine of the Church, no. 403). The trouble is, the culture within a prison is often dominated by anger and despair. Rehabilitation is a struggle for those who, having “done their time,” return to a world haunted by their past mistakes or, sometimes, not repentant at all. When a prisoner is released, they usually go home to the same broken situation that got them into jail in the first place. The expectation of inmates to return to their old ways and the fact of high rates of recidivism create a vicious cycle, reinforcing the same pattern of crime and punishment. How can we fight against such despondance?

He who has a why to live can bear almost any how.

Writing of the same indomitable power within man, Saint Thomas calls it hope, the virtue which conquers despair.

Hope has two primary expressions according to Aquinas (ST I-II 40 and II-II 17). The first is a passion, an affective movement in the soul. This is the soul’s natural movement to strive for the good things we do not yet possess and to overcome any obstacles. The second expression is the theological virtue accompanying faith and love. It is the good habit of relying on God who has promised us ultimate happiness with Him in heaven, and hope does not disappoint (Rom 5:5).

Now, on the natural level, one can say that hope stems from love. When the thing we love is outside our reach, we naturally seek a way to take hold of it, a how. Our brothers and sisters in correctional facilities are in desperate need of a love to move them and a hope to sustain them. The expectation of failure can chain them to their broken loves and so prevent them from that daily pursuit of Christ. In place of that darkness, there must be a new life. The hope for eternal life as our ultimate end is the most important. Founded on the love of God, it gives life a new horizon and puts Him as the true and only source of our happiness. The prisoner’s hope for a new life outside of jail can also be of critical importance in offering a concrete means of living a life in Christ.

Pope Francis has exemplified this outreach several times, even when stopping at a prison during his brief visit to the United States. He said to the inmates,

The aim is to encourage the men and women to turn to the mercy of Christ and to begin anew. We must embrace the imprisoned, whether or not they embrace Christ. By showing them care, we unveil their dignity and alleviate the fears of rejection by society. They have done wrong and are paying the price, but our love must be without cost.

Actually gaining entry to a correctional facility is rather difficult, and the rules and guidelines differ depending on which state and which kind of prison. Though most prisons strictly limit visitations, ministry to the imprisoned does not end with parole. Criminals are marginalized by society due to fear and mistrust, which makes it difficult to obtain a job, find proper housing, or step into new opportunities. There are halfway houses and other similar organizations which help to rehabilitate former prisoners and to guide them in their transition back into the world. It gives them, as the pope said, a chance for recovery.

The simplest way to begin visiting the imprisoned is to begin praying for the incarcerated. To reach out actively, first contact your pastor or nearby prison chaplain. They know the institutions and the needs of the different programs. They may be able to arrange for writing letters or seasonal cards, book drives for the inmates of Bibles or spiritual reading, or even schedule a visit with an inmate.