Menu
Confraternity of the Most Holy Rosary > Uncategorized > Christianity in Diversity 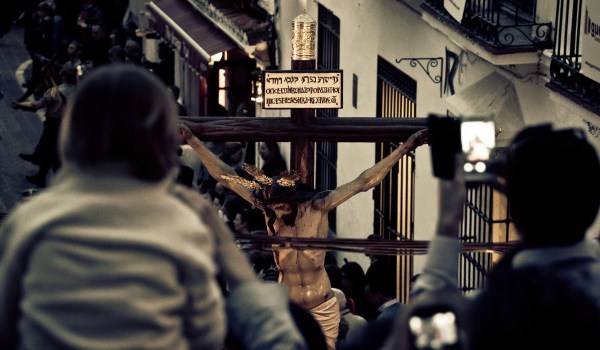 In our contemporary culture, one Christian claim is harder than all others for people to accept: that Christianity is not merely true, but that it is the truth. Few deny that Christ is a helpful guide or an admirable model, but they also avoid those heavy words of his: “I am the way, and the truth, and the life.”

I once explained my religious vocation to an old high school friend. He understood my sincerity, but his response was, “Yeah, but what does that mean for everyone else?” Honest question. If I have found the truth and given my life away in witness to it, then why hasn’t the rest of the world? I recently visited that same friend in Queens, and getting off the subway from Manhattan, I was met within the three-block walk to his apartment by a marvelous assault on all of my senses. That is to say, I was slapped in the face by diversity, and it was beautiful. Not diversity as a theme for hiring applicants or promotional posters, but diversity in crowds of people, in food smells and in sounds of languages: Egyptians, Latinos, Asians, Jamaicans, Americans, and New Yorkers (not to be confused with Americans). I told him when I walked through the door, “Did you ever notice that the whole world lives down the street from you?”

The more diverse the world becomes, the more diversity itself seems like the truth. Yes, mixing cultures at time creates conflict, but it also creates a certain richness in the world.

Take, for example, another Catholic friend of mine who attended a public university. His atheist roommate, a finance major from a wealthy Midwest family, married a lower-class Hindu girl on scholarship for pre-med. To their traditional Indian wedding, chock-full of colorful clothing and overseas relatives, were added even more exotic spices in the diverse ensemble of college friends—if there’s room on the shelf of an Indian supermarket for such a metaphor! Yet there they were, all the 20-something-year-old Catholics and Jews and agnostics, reverently witnessing the traditional customs and rites, then charging the dance floor to lip-sync to Journey ballads, while the grandparents grabbed their belongings to make an early exit. The simple fact of a variety of people living together has become the most obvious argument against any one truth.

The question is: if I have fallen in love with Christ and given my whole life to him, where is he in the world? Why doesn’t he show himself? As one high schooler, struggling with the faith, once put it, “if Jesus is God, then why doesn’t he show up at the Super Bowl halftime show and prove it to everybody?”

A priest once responded to these distressed musings of mine: “it depends on where you look.”

Maybe it’s hard to find God when we walk the streets or watch the news. But if we talk to people, we often find faith in unexpected places.

Last week, I met an old Jewish woman who surprised me in just this way. We were going through the usual introductory routine for a consecrated religious: What made you want to do that? What are your rules? Etc. Then out of the blue, she said to me: “you know, I do believe that Jesus Christ died for the sins of the world.” Right… Didn’t see that one coming…

I asked her how she came to believe that, and she told me of an event that happened when she was forty years old, a single mother, and an alcoholic. I paraphrase her own version of it:

One day I drove into Manhattan for a sales call, and when I got up to leave it was pouring down rain. It was torrential. I paused in the doorway, wondering what I would do, because I didn’t want to get soaked. Then the woman I had met with took her own rain coat from the closet, and she put it on my shoulders. She said to me, “Keep it.” I asked her why and she said, “Because of love. Because love is the only thing that matters in the world.” I was so shaken up by what she said. When I was driving home, all of a sudden I felt enveloped by the love of Jesus. I knew it was Jesus, and he just enveloped me. He did it twice. It was the first moment that I knew God really existed. I had heard of Jesus but never believed. When I walked home from school as a little girl, the Catholic kids used to beat me up, saying to me, “You killed Jesus,” and I always remembered that. But now I knew he was God, because of the kindness that woman showed me. Jesus was reaching me through her.

Her middle-aged son, who was with her when telling this story, started complaining to her: “come on, Mom, what’s this all about? You never told me any of this, where’s all this coming from?” She shot back at him, “I don’t tell people this story. It’s the first time I ever told it. You don’t just go around telling people these things.”

God is still at work in the world. Those who seek him will find him. He said so himself.