Menu
Confraternity of the Most Holy Rosary > Uncategorized > Bearing Reality 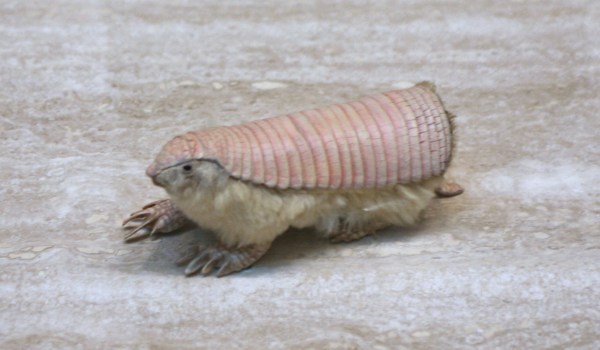 Sometimes T.S. Eliot is a grade-A sad apple. “Go, go, go, said the bird: human kind / Cannot bear very much reality.” But that does seem fair: we’re fragile beings, easily broken by the burden of truths we can’t anticipate. We don’t have time to brace ourselves, lift with our knees, and bear with grace the sudden, ponderous descent of reality on our narrow shoulders.

Reality. A cloudy word. The most all-embracing little word, encompassing everything from this lamp to that coffee cup to Pink Fairy Armadillos, Bach’s cello suites, angels, the Milky Way, and Nicolas Cage. In a way, reality is totally obvious. And so, strangely, it’s the most obscure, the most difficult to hold in our minds and constrain by our willing.

The hugeness and many-splendored complexity of the world require us to do some serious filtering so that we’re not overwhelmed. Thankfully our senses don’t badger us to take conscious notice of every little detail of a room we walk into, and in that way our experience of “reality” has some order and linearity to it.

At least some of the time.

Reality can be a broad, heavy, expansive thing. But it can also don its ninja gear and strike swiftly, silently, and leave us reeling. Reality can be incisive, knifing in when and where we least expect.

Alasdair MacIntyre talks about the “epistemological crises” that can occur when reality throws a wrench in our neatly constructed narrative of how things are and should be. Some new experience forces us to re-think, re-imagine our place in the world, and sometimes re-interpret just what the world really is. New dimensions and new possibilities come on the scene with a sudden and startling verve. This isn’t necessarily a tragic affair. My stock example is Harry Potter’s discovery that he’s a wizard. His whole life is instantly thrown upside down, even as it opens onto a luminous future of magic, friendship, and, well, Voldemort.

This sort of crisis can, of course, also be disturbing and destructive. The point is, reality can occasionally seem devious, holding its cards close to its chest and a few aces up its sleeve.

But the fact is, when reality strikes and the comfortable status quo goes out the shattered window of our expectations and paradigms, and we’re doubled-over, gasping and confused, this can be the strange entrance of truth into lives grown narrow and perhaps a bit false by accepting “business as usual.”

Perhaps this is behind C.S. Lewis’s poignant phrase that “all reality is iconoclastic.” Reality inevitably triumphs over even our best, most tightly constructed ideas. Where it doesn’t find an open door, it will cheerfully break a window.

Yesterday—in Washington, DC, at least—we celebrated the great solemnity of the Ascension of the Lord. In John’s Gospel, Jesus is in the middle of talking about his departure when he stops and declares, “I have much more to tell you, but you cannot bear it now. But when he comes, the Spirit of truth, he will guide you to all truth” (Jn 16:12-13).

Jesus, the Good Teacher, knows just how much his disciples are capable of taking in. Despite the gradual revelation to Israel in the Law and the Prophets, he knows full well just how much of a crisis he has provoked in first-century Jewish minds, and really, still provokes today. He is the Truth (Jn 14:6) incarnate, and while he veils the full splendor of his divinity, he is nonetheless Jesus–the greatest iconoclast of the tawdry, inadequate idols man views as “reality.” He comes to fulfill, but also to disrupt. He brings a sword to cut away the tangled overgrowth of sin, ignorance, and just plain mediocrity that holds man back from reality as it really is.

That’s what makes his statement strange. Didn’t he come to reveal the face of God? Why would he leave before telling the tale to the end? He gives us the answer: You cannot bear it now. Our hearts can sink at those words, even as we admit that he’s got a point. But then the Lord makes the great promise of the Spirit: He will guide you to all truth.

We should let that sink in, let Truth’s promise of “all truth” shift and settle in our minds and hearts. The Holy Spirit is the guide to reality in its fullness, in all its “breadth and length and height and depth.” Those who receive him gain not only a guide and not only a vision as no eye has yet seen, but also the comfort and strength to bear what humankind alone has never been able to bear: Reality.