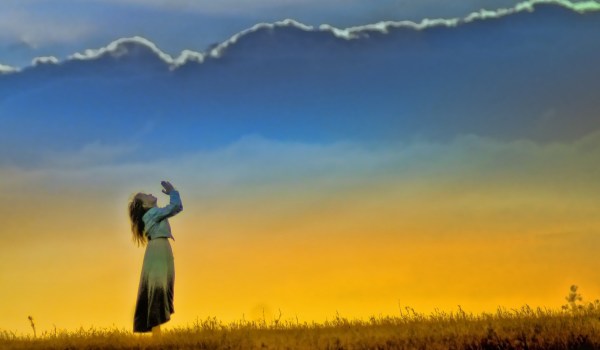 Saint Therese of Lisieux, upon hearing that her sister Celine would be attending a ball, responded not with sisterly encouragement but something different, and rather surprising:

I felt unusually anxious, so much so that, in a torrent of tears, I begged Our Lord to prevent her dancing. My prayer was answered literally! Normally she danced most gracefully, but the future bride of Christ could not dance that evening, while her partner shared her fate. This embarrassed the unfortunate young man so much that he vanished and did not dare show himself again.

It might be a little annoying if a saint started sabotaging our dances. It’s a fact of life that holiness often appears irritating, even to those who seek it. I’m not talking about a justified annoyance at undue devotions that are born of personal taste and a self-righteous attitude, but about that seeming insufferability of authentic and saintly piety and charity. We’re all familiar with the feeling—it stems not from a defect in sanctity or the saints, but from something lacking in the annoyed.

Saints see with God’s eyes. They look with the wisdom of God, not with the wisdom of the world, and to those who look with worldly eyes the saints seem nonsensical: “For the wisdom of this world is foolishness with God” (1 Cor. 3:19). We can find another example in Dominican tradition: in 1217, only months after the Order of Preachers was established and when there were only 17 members of the Order, St. Dominic dispersed the brethren to found new houses at the universities around Christendom. When his brothers objected, desiring to build up the Order rather than scatter it, he replied “Do not oppose me, for I know very well what I am doing.” And he did: by his death a few years later there were over 500 Dominicans spread throughout all of Europe.

The Spirit moves people in ways that are odd and unpredictable to the worldly. And there is nothing more annoying than something incomprehensible that works.

At the same time, holiness is a challenge to every Christian. Sanctity, by uniting a person to the light of Christ, sheds that same light wherever the person goes. That light falls not only on the true and beautiful, but also on what is ugly and deformed. That light breaks the distraction which is the world’s only comfort in vice, and the very presence of someone holy can act as a trigger and reminder of conscience. An active and ‘nagging’ conscience can be almost painfully aggravating to the habitual sinner.

What to do, then, when sanctity seems irritating? Not wallow in annoyance, of course, but realize from what personal defects that annoyance stems. How have we embraced the easy wisdom of the world, instead of the inscrutable wisdom of God? How do we cling to the shallow comforts of vice, instead of the unquenchable love of Christ? “Ask, and the gift will come; seek, and you shall find; knock, and the door shall be opened to you” (Matt. 7:7). Grace is always given to strengthen weakness and inform ignorance. It’s then that we are able to see with God’s eyes, and revel in our brothers’ and sisters’ sanctity.