Menu
Confraternity of the Most Holy Rosary > Uncategorized > Saints for Studying 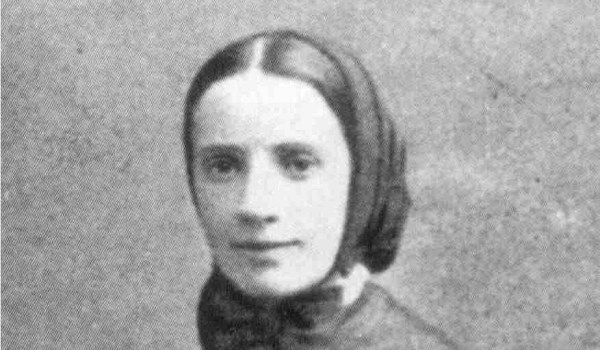 While some people talk about the end of the academic year as “winding down,” for me it is more like accelerating, as the papers and exams pile up, caffeine intake increases, and sleep is a luxury that I can barely afford. Perhaps this is why so many saints have a direct connection to education—to help us during this difficult time each semester and throughout the year. Here are some of my favorites who may be of assistance to help all of us students through this time of intense study.

My patron, St. Nicholas of Myra, is at the top of the list. He was the patron of sailors and travelers. Most of his relics were moved from Asia Minor to Bari in 1087, and a portion to Venice during the First Crusade.  His was also the time when universities were just beginning, so the young men traveling to university towns invoked the intercession of St. Nicholas for protection on the journey and later for their studies. By the thirteenth century, he was the patron of the University of Paris, one of the earliest and premier universities in Europe.

St. Albert the Great was a distinguished professor, bishop, and scholar who founded the oldest university in modern-day Germany in Cologne and wrote extensively on philosophy, theology, and the natural sciences. He was the teacher of St. Thomas Aquinas.

In 1265, St. Thomas was assigned to Rome to organize a school of Dominicans. This school was for the best Dominican students in the Roman Province (a few of whom may subsequently have been sent to study in Paris or Bologna).To instruct them more effectively, St. Thomas adapted his method for these beginners, and the result was the Summa Theologiae. It is a comprehensive work but in a simplified format for that time.  The purpose was to instruct future preachers and confessors, not primarily to engage in academic debate.

St. Charles Borromeo was appointed Archbishop of Milan in the mid-sixteenth century, about fifty years after the Reformation. One of his great reforms was to educate the clergy by establishing colleges and seminaries. He cared for the laity as well, laying the groundwork for the Confraternity of Christian Doctrine (CCD) within the diocese. At the end of the sixteenth century, St. Joseph Calasanz (Calasanctius) joined the CCD in Spain and opened those schools for free to the children of the poor.

We also have many great patrons among the American saints and blesseds, over half of whom were involved in education.  Mother Elizabeth Ann Seton is considered the founder of the Catholic school system in the United States based on her work in Maryland, which included opening the first free Catholic school in the country. In the diocese of Philadelphia, St. John Neumann built the Catholic school network from two schools to over 100. For St. Katharine Drexel, Mother Théodore Guérin, Mother Frances Xavier Cabrini, and St. Rose Philippine Duchesne, building schools and educating the youth were an essential part of their missionary work.

As exams conclude most classes, it is fitting that we give the place of honor to St. Joseph of Cupertino, patron of exams (especially the most difficult ones). St. Joseph was a simple and holy man of prayer who really struggled with studies. He passed the exams for ordination because at the examination, through the grace of God, he was asked the one question that he knew!

All you holy men and women of God, teachers of the faithful, pray for us.

St. Joseph of Cupertino, pray for us.


Saint Who?
Today is the feast day of St. Chrysogonus. You may think you know nothing about him, but if you go to Mass regularly, chances are you’ve at least heard his name: “With Linus, Cletus, Clement, Sixtus, Cornelius, Cyprian, Lawrence, Chrysogonus, John and Paul, Cosmas and Damian, and all the saints.” Thus runs one part of the Roman Canon, one of the Eucharistic prayers of the Roman liturgy. Today is also the feast day of St. Colman of Cloyne, St. And…