Menu
Confraternity of the Most Holy Rosary > Uncategorized > Against Soap Bubbles 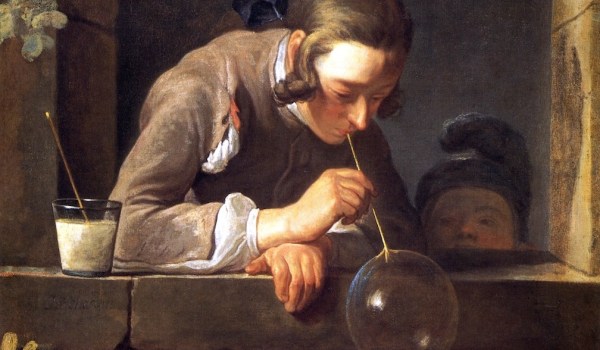 Editor’s note: This is the third in a five-part series on Pope Francis’ encyclical, Laudato Si’, in honor of the Holy Father’s first visit to the United States, occurring next week.

It’s worth asking, what is it exactly that keeps you and me from living the kind of “ecological conversion” that Pope Francis is calling for? Is it the Promethean vision of mastery over the world? Is it the conviction that nature is ours to do with as we please, that we can put nature on the rack for the greater good of humanity? Well, possibly. This can sound a bit grandiose for my taste, though there’s probably some shrapnel of these ideas inside me. But I’m more and more convinced that our culture is not, generally, without some awareness of the environmental problems or some vague sense of duty or stewardship. We’re not morally illiterate. In a rightfully troubling sense, however, we’re moral, spiritual lepers.

Laudato Si’ is a moral portrait of our culture drawn in bold, sharp lines, and one of the central features Pope Francis highlights is indifference. This has been a frequent theme during his pontificate. Memorably, in a homily at Lampedusa in 2013, he said,

The culture of comfort, which makes us think only of ourselves, makes us insensitive to the cries of other people, makes us live in soap bubbles which, however lovely, are insubstantial; they offer a fleeting and empty illusion which results in indifference to others; indeed, it even leads to the globalization of indifference.

The indifference that Francis is taking aim at is a kind of spiritual leprosy, a problem with our nerve endings where the concerns and pain of others fail to register. We need to feel pain if we are to avoid severely injuring ourselves. If I put my hand on a hot stove, it’s the searing pain that will make me (a) scream like a banshee as I (b) pull my hand away. The harm done is actually the burning skin on my hand, but without the pain, I might have left it there to char. That’s basically what’s so dangerous about neurological disorders that make you insensitive to pain (basically, imagine leprosy). For a hodge-podge of reasons that are cultural, historical, political, personal, and spiritual, we have a moral equivalent of leprosy. Where the suffering of others should cause us pain, we just don’t feel it.

This isn’t to say that we’re unable to recognize, at some level, that others are suffering, or that it’s a good thing to recycle or to give money for the missions. It’s just that this recognition is at a remove, as if I smelled something burning, noticed that my hand was beginning to turn black and smoke, and so decided to take it off the stove. In other words, when our moral nerves are shot, when we have too successfully insulated ourselves from pain or discomfort, reality—especially moral reality—becomes weirdly abstract. We start to consider the sufferings of other creatures on the earth as tricky equations, demanding more and more complex calculi.

Morality also becomes spectatorial, which is only possible once you’ve backed out of the “morality-game.” Pope Francis’s goal, as he expresses it in Laudato Si’, is to recover that pain-sensitivity in the form of a real compassion. He writes:

Our goal is not to amass information or to satisfy curiosity, but rather to become painfully aware, to dare to turn what is happening to the world into our own personal suffering and thus to discover what each of us can do about it. (§19)

To do this, to reboot our moral imaginations so that we can have a genuine compassion toward others and therefore have the moral energy to work creatively to care for all of creation, means that we re-vision man’s place in the world and his relation to the rest of creation. So, the Holy Father writes, “Nature cannot be regarded as something separate from ourselves or as a mere setting in which we live. We are part of nature, included in it and thus in constant interaction with it” (§139).

So our approaches to questions of ecology, he writes, must be integral. For instance, “we have to realize that a true ecological approach always becomes a social approach; it must integrate questions of justice in debates on the environment, so as to hear both the cry of the earth and the cry of the poor” (§49).

Laudato Si’ is an effort to integrate the splintered moral narratives into a single, spiritual frame, a dramatic portrait of reality in which the central character of the story is us. Pope Francis contests the logic of a “piecemeal” approach which treats man’s relationship with the earth as a series of discrete problems. Like Pope Benedict XVI, he points out that “the world cannot be analyzed by isolating only one of its aspects, since ‘the book of nature is one and indivisible,’ and includes the environment, life, sexuality, the family, social relations, and so forth” (§6).

A great obstacle to real moral change and renewal is the disease of indifference. The counterpart to indifference, however, is a deep compassion born from a realization that “everything is connected”:

A sense of deep communion with the rest of nature cannot be real if our hearts lack tenderness, compassion and concern for our fellow human beings….Everything is connected. (§91)

And compassion is not first and foremost a matter of agendas or of political activism. Compassion is first a matter of conversion, if we can just allow the suffering of others to pop our lonely, soapy bubbles.


The Grace of Another’s Hope
My God, who hast allowed us human hopes, but who alone bestowest Christian and supernatural hope, grant, I beseech thee, by thy grace, this virtue to my soul, to the souls of all I love, and to all Christian souls. Let it enlighten and transform our lives, our suffering, and even our death, and let it uphold in us, through the disappointment and sadness of each day, an inner strength and unalterable serenity. —Prayer for the Virtue of Hope, Élis…