Menu
Confraternity of the Most Holy Rosary > Uncategorized > Technology and Vision 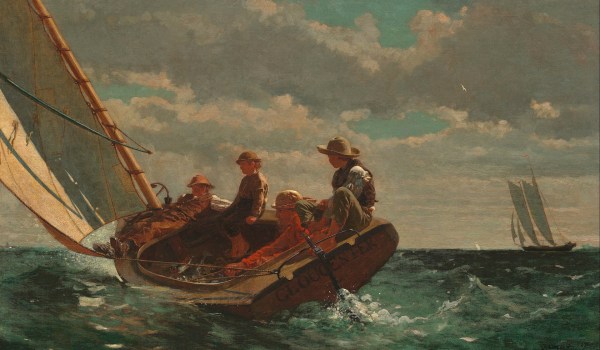 Editor’s note: This is the second in a five-part series on Pope Francis’ encyclical, Laudato Si’, in honor of the Holy Father’s first visit to the United States, occurring next week.

“Why is the Pope so concerned about air conditioning?”

This isn’t a bad summary question for much of the reaction to Laudato Si’. The criticisms from conservatives and others are well known; in fact, they were well known long before anyone had even read the encyclical. I don’t intend to answer any of those concerns head on. Rather, let’s look at the vision the Pope is calling for before addressing any particular actions. Intellect before will, as St. Thomas teaches.

In chapter 3 of Laudato Si’, entitled “The Human Roots of the Ecological Crisis,” one might expect a laundry list of denunciations, or at least a number of “Stop doing that”s. However, the Pope points not to particular actions that are causative of the ecological crisis, but to a particular vision, a picture or view that has beguiled us moderns. In this respect, the Pope is something of a reactionary, although he has two modern philosophers in the background (one implicitly, one explicitly) backing him up. The beguiling vision: the technological paradigm. The philosophers: Martin Heidegger (1889–1976) and Romano Guardini (1885–1968).

Pope Francis describes this technological vision in terms of a “undifferentiated and one-dimensional paradigm” (§106). More specifically it is a paradigm that values the rational manipulation and control of all things found in the world. This one-sided way of viewing the world is dangerous. The Pope warns: “We have to accept that technological products are not neutral, for they create a framework which ends up conditioning lifestyles and shaping social possibilities along the lines dictated by the interests of certain powerful groups” (§107).

It is nigh on impossible not to hear the voice of Martin Heidegger, perhaps the most influential philosopher in the twentieth century, behind these words. In his famous essay, “The Question concerning Technology,” Heidegger delves into the origin of techne, the root word in technology. According to him, the Greeks used the word techne to denote a revealing, a showing or bringing-forth of something: “What is decisive in techne does not at all lie in making and manipulating, nor in the using of means, but rather in the revealing.”

Heidegger asks us to see technology as a “framework,” a way of seeing that reveals the contents of our world in a particular way: as resources, as “standing-reserve” (German: Bestand). The technological paradigm or framework reveals the world to us as a place of resources or fuel for our own projects and plans. The world to the man of technology is a shopping center, not a home. We don’t live in the world; we use it.

Heidegger is not against technology as part of living in the world, only its use as an all-encompassing framework. Heidegger gives a few examples of different technological visions. The windmill’s sails turn in the wind, but “they are left entirely to the wind’s blowing… the windmill does not unlock energy from the air currents in order to store it.” Compare this with the mine, where the earth “now reveals itself as a coal mining district, the soil as a mineral deposit.” One could say that the windmill dwells with the air while the coal mine uses the earth. One treats the world as a home, the other as a supply depot.

Heidegger was not the only one in the early 1900s making these comments; Fr. Romano Guardini was a Catholic exponent of this technological critique. Here the influence on Laudato Si’ is explicit: Guardini is quoted five times in the encyclical. But it is not to the book that Pope Francis quotes, The End of the Modern World, that I want to draw attention. Rather, it is to the beautiful and prophetic Letters from Lake Como. In those Letters, Guardini says:

We create our own world, shaped by thoughts and controlled not merely by natural urges but by ends that we set to serve ourselves as intellectual and spiritual beings, an environment that is related to us and brought into being by us.

Our world depends very much on our vision of it; in a sense we create the environment that we live in. And we can create it as a home or as a factory, depending on our vision. Reminiscent of Heidegger, Guardini asks us to contrast a sailing ship with a steamship, a contrast near and dear to my heart as a sailor. In a sailboat, “the lines and proportions of the ship are still in profound harmony with the pressure of the wind and waves and the vital human measure.” “In the modern steamer, however, we are in an artificial situation… The crew members of a liner are not essentially different from employees on the assembly line of a factory.”

I can’t tell you how many hours I spent sitting on Lake Erie waiting, with sails and lines at the ready, for the wind to come up just enough to get a race off. But nothing I or anyone else on the water could do would bring about such an event. “The wind blows where it wills” (Jn 3:8). But this harmony, this dwelling with the wind (or lack thereof) was no issue for the motor boats creating all the unwelcome waves around us. They were merely using the water (and the gasoline, and the earth, and the…).

But isn’t this just starry-eyed Romanticism? The Pope’s summary tackles this objection head-on:

Nobody is suggesting a return to the Stone Age, but we do need to slow down and look at reality in a different way, to appropriate the positive and sustainable progress which has been made, but also to recover the values and the great goals swept away by our unrestrained delusions of grandeur. (§114)

The Pope (along with Heidegger and Guardini) is not against technology or science; he is against the “undifferentiated and one-sided paradigm” it has become in our vision of the world. And we should be too. This change of vision, made slowly and carefully, promises to better direct practical actions, whatever they may be, in order to make this world more of a home and less of a resource center. In concrete terms, think sailing as a paradigm instead of motoring.

But, finally and importantly, it is not really “the environment” that we are out to save here; it is ourselves. As Guardini ends one of his letters, “The sphere in which we live is becoming more and more artificial, less and less human, more and more – I cannot help saying it – barbarian.” The technological paradigm makes us less and less human. Again, in concrete terms, we are no longer sailors but ship employees; and how long will it be before those kind of occupations are replaced by robots? Pope Francis is calling for a change of vision of how we dwell in the world, and also of who we are as dwellers in this world. Any practical programs follow more easily from this vision, if we take it.