Menu
Confraternity of the Most Holy Rosary > Uncategorized > A Silent Lent 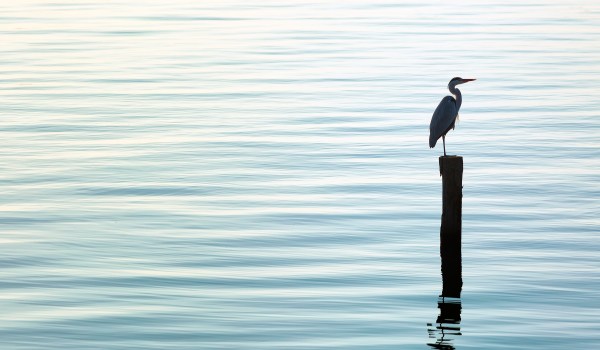 Imagine that the ghost of Søren Kierkegaard, the Danish philosopher, appeared to you in a dream. So you ask him, “Sir, what do you suggest I do for Lent this year? I’m already late in choosing.” Before vanishing, he might reply solemnly with his famous words:

How much silence do you have in your life? That question is directly connected to the impatience, anxiety, and distraction we feel on a daily basis.

Silence is an age-old secret—not even exclusively Christian—with enormous benefits.

I have been amazed by the energy I recover from silence. This happened last month when I was on retreat in the Shenandoah Valley. How many hours of sleep did I get per night? About six. How many do I get on average? About six. Yet after very full days—reading, thinking, hiking, praying—I felt amazingly refreshed. Because I had more silence.

Silence also helps us notice things around us. We Dominicans usually eat breakfast together, but whenever I eat alone in silence, I notice amazing things: “This bread actually has taste! I don’t even need to butter it,” or, “Look, my schedule has only a few simple things. It’s totally do-able. It’s stupid that I wake up with such anxiety.” Silence to the rescue again.

Finally, silence actually isn’t silent. We hear ourselves in silence, and we hear God. Mother Teresa wrote much about this silence. For instance:

The essential thing is not what we say but what God says to us and through us. In that silence, He will listen to us; there He will speak to our soul, and there we will hear His voice.

But right here, exactly at the deepest possibility of silence—to hear God’s voice speak to our most honest self—we hit a wall. Silence is scary. Few of us feel ready to hear God speak to us. What might he say? And are we also ready to even face ourselves? Those unpracticed in silence often come up immediately against an inner storm: worries, anger, lusts, projections about the future, snippets of what he or she said, and above all, memories.

If we need silence but lack the courage, how can we begin?

Here we need the wisdom of Nike: Just do it! We have to first choose silence—40 days is a great chance for a first attempt. Like exercise, there’s an initial painful conditioning period, but it doesn’t last very long! If someone who knows silence has promised you its benefits, you can keep at it and fight for it.

But what if we lack the time or space for silence?

True, not everyone has the silence of Bl. Charles de Foucauld, living out in the African desert, a lone Christian alone with Jesus. We can only create silence in our lives if we first learn to STOP. Developing a habit of stopping is so absolutely rare and absolutely essential in our day and age. For one person it’s not turning on the radio during their commute; for another it’s leaving the iPod at home when you jog; for another it’s carving out ten minutes to sit alone in the early morning or late night.

It’s not too late. This Lent, choose silence!

To finish, I’ll share a poem that I wrote awhile back. It tells of a time in my life when I was uncomfortable with silence. I was 18 years old, and some friends had talked me into attending a retreat on the property of Camaldolese hermits—men who so prefer the richness and adventure of silence that they leave much else in life untended…

We slept in the barn and listened to the rain
And woke to the morning chill
And through the bay door, I heard him pass outside
And lay there motionless until

I rose to glimpse him crossing the yard
His long nose and worn robes, as he tread
To his hut, putting wood smoke up on the wind
And at my feet was a note, he’d left in his stead

We had missed our mark and doubled back
Then there at a bend in the way
Lay the old orchard, in overgrown turf
Unnoticed for it was shoddy, decrepit, and gray

As they had kept vigil, battling themselves
We rambled with dreams in our head
Only to find dead trees, rotting in the light rain
I should have stayed in and learned silence instead