Menu
Confraternity of the Most Holy Rosary > Uncategorized > Making a Pedophile? 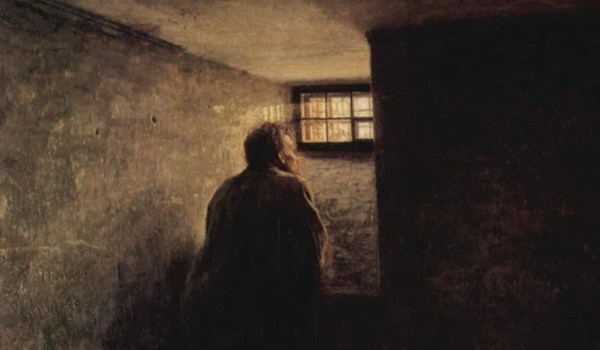 The nation is abuzz after a recent 10-part Netflix documentary series debuted just before Christmas entitled Making a Murderer. The series recounted the story of Steven Avery, who went to prison for a rape he didn’t commit after he found himself on the wrong side of the sheriff’s department, until DNA evidence exonerated him 18 years later. Only a few years after his emotionally powerful release, he found himself back in prison for a brutal murder. Further review, however, has convinced many of his innocence yet again.

In a similar vein, Newsweek debuted a cover story last month called “Catholic Guilt?,” presenting a new angle into the heartbreaking clerical sexual abuse scandal. (Be advised, the article is very graphic in its depictions of the alleged sexual abuse.) In this article, Ralph Cipriano delves into the much publicized case of Msgr. William Lynn, “the first Catholic administrator in the country to go to jail for failing to adequately supervise a sexually abusive priest.”

At the center of the case is one young man who denounces two priests under Lynn’s watch for brutally abusing him in his time in a Catholic school. However, when his different statements are compared, great inconsistencies appear, according to Cipriano. One of the priests jailed as a result of the young man’s testimony was Fr. Charles Engelhardt, whose exoneration is still being sought by his order, the Oblates of St. Francis de Sales, even though he died in 2014, “hours after the 67-year-old priest was handcuffed to a hospital bed, kept under armed guard and denied a potentially lifesaving heart operation.”

Both the Netflix series and the Newsweek article portray an alarming combination of prosecutorial ambition and media frenzies that seek to nail the accused person. According to the Netflix series, the about-face of the local and national media that once celebrated Mr. Avery’s release was shocking. After nearly canonizing him one moment, they proceeded to metaphorically hang, draw, and quarter him on the nightly news—well before even a trial was held. The rapidity of this turn raises questions and could seem startlingly unscrupulous, especially given Avery’s history of wrongful imprisonment.

However, a note of caution needs to be inserted here. In both cases mentioned, the only way we know any details whatsoever about these cases is the media itself. Indeed, Netflix, Newsweek, and their content producers distinguish themselves and their product by producing an alternate angle or a flashy story.

We who are more distant from these events do not know the whole truth about them, and in fact, only God knows the whole truth. That said, we can still recognize the work of certain parties as inappropriate, even wrong. For instance, whether or not Avery or Engelhardt are in fact guilty, it is apparent that the actions of some lawyers and some members of the media negatively influenced a thorough discovery of evidence and facts. Such behavior allows major doubts to enter people’s minds about the truth of allegations.

The story about the Archdiocese of Philadelphia could contain an example of a seeming overreach of certain members of the media. In 2011, the magazine Rolling Stone featured a profile of the star witness and incriminated the defendants in a salaciously entitled article, “The Catholic Church’s Sex Crime Files.” The same author wrote the notorious “exposé” in 2014 about a University of Virginia fraternity and date rape, which she has since retracted and for which she is currently facing libel suits. The media knows the public is eager to see an organization such as the Catholic Church—which preaches a strong moral life—fall down to earth, especially in such a spectacularly horrific manner.

Where does all of this leave us?

As Christians, we are strongly commanded not to sin with our tongue and, by extension, the written word. The whole Catechism entry on the Eighth Commandment is a must-read for media producers and consumers, but especially relevant here is a caution to journalists: “By the very nature of their profession, journalists have an obligation to serve the truth and not offend against charity in disseminating information. They should strive to respect, with equal care, the nature of the facts and the limits of critical judgment concerning individuals. They should not stoop to defamation” (CCC 2497).

Members of the media have a special role in communicating information, delivering insights, and uncovering important facts that would otherwise be hard to obtain. For instance, the media has done a great service in making the protection of children a priority in our society and the Church. Yet the media’s special vantage point is also susceptible to temptations of vainglory at the cost of truth. A good journalist must always examine his conscience to discover his priorities.

It is true that, given our inherent imperfections, police will make mistakes, prosecutors will get tunnel vision, and the media will get excited. Nevertheless, if the final goal of these people is garnering attention and adulation, they gravely endanger their own souls and endanger the welfare of other real human persons. But if one’s goal is truth, humility, diligence, and circumspection, difficult cases will be approached disinterestedly (think of the image of blind Lady Justice). Without these virtues, a just society cannot survive. Furthermore, in such a toxic environment, it becomes all but impossible for people to diligently pursue virtue in these occupations. This creates a sort of character vacuum in some of the most important positions in public life.

That said, I guess the problem isn’t a particularly new one. About 2,000 years ago, an innocent, charismatic Jewish preacher was executed by a corrupt judge deferring to the demands of jealous and ambitious prosecutors and succumbing to pressure from a misinformed crowd, who represent all of us.