Menu
Confraternity of the Most Holy Rosary > Uncategorized > Which Swords? When Plowshares? 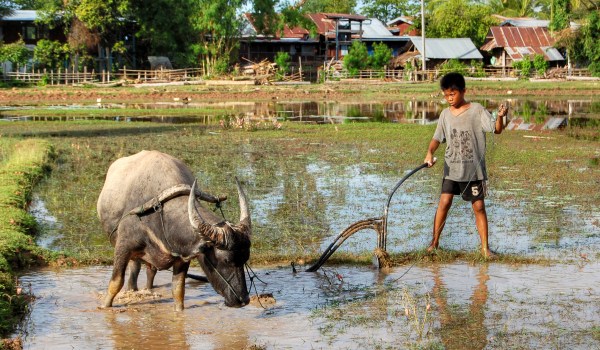 Editor’s note: This is the third post in a series on the vocation to the cooperator brotherhood on the occasion of the Order’s 800th anniversary.

They shall beat their swords into plowshares,

and their spears into pruning hooks. (Isaiah 2:4)

The prophet Isaiah predicts that the coming of Jesus Christ will usher in a time when the tools of war will be turned into tools for fruitful harvests. But when exactly will the coming of Christ that leads to this disarmament take place?

An example of this that is both literal and spiritual is found in Blessed Simon Ballachi. Blessed Simon was born in 1250 in Rimini, a city on the Adriatic Sea in what is now Italy. His homeland was filled with fruitful farmland and orchards, benefited from a strategic trade position, and often experienced warfare involving mercenary armies. From an early age, Blessed Simon was trained to serve in the military, and he would become a mercenary as a young man. But at the age of 27, he put away the sword and joined the Order of Preachers as a cooperator brother.

After joining the Order, Simon’s superiors gave him the task of tending to the garden. Simon spent long hours working in the garden, doing penance, and praying. After many years of humble service to his fellow friars, he had to retire from his physical work after losing his sight at the age of 57. Although his physical eyesight failed, he received many spiritual visions late in life. Jesus, Mary, Dominic, Peter of Verona, and Catherine of Alexandria all came to speak with him directly. Blessed Simon peacefully passed on to his heavenly reward on November 3, 1319.

While most of us do not need to put the physical sword away to avoid the sins of pillaging and unjust war, we do have a need for Jesus to come into our hearts to replace the evils and malice there with charity. Blessed Simon is an eschatological sign in that he was transformed by the spiritual coming of Jesus into his heart ahead of the coming of Jesus at the end of the world.

Consecrated religious, such as the cooperator brothers of the Dominican Order, embrace God’s call to become an eschatological sign on earth in order to fulfill now, in a limited and spiritual way, what will be brought to complete perfection at the end of the world.