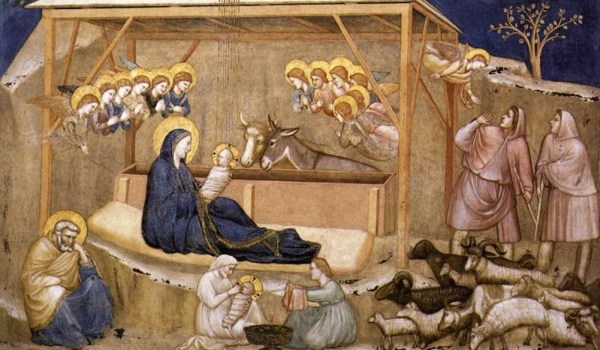 J. R. R. Tolkien’s The Lord of the Rings is a dark tale. Torture, murder, and all kinds of suffering frame a narrative about a brutal war which ends in a hopelessly overmatched assault. And yet, it is the rare reader who will find it a sad story. The author himself claims that he sought to “amuse [readers], delight them, and at times maybe excite them or deeply move them.” The re-reader finds a certain kind of delight in knowing the triumphant ending ahead of time, but Tolkien encourages even the first-time reader with a ray of hope.

In the exposition of the story, the hero-to-be, a small and unimportant Hobbit named Frodo Baggins, learns that he has become the owner of the One Ring, an immensely evil and dangerous magical artefact. Gandalf, Frodo’s wise counsellor, comforts him by assuring him that he was “meant to have it,” and not by the evil maker of the Ring. This guiding power will remain mysterious, at least in this story, but it is truly there, and Gandalf suggests that Frodo should, in a kind of act of faith, look for it to work for good even in the midst of sorrow. Frodo takes no comfort in this, but perhaps the reader can. From his vantage point as an author, Tolkien sees at once the whole of the story, and here, right at the beginning of the book, he offers the reader a kind of interpretive lens through which to view the events, even the evil ones, that follow.

God is an author in His own way, and a similar kind of promise preceding suffering appears in the Scriptures. Right at the beginning, in the book of Genesis, the Lord proclaims to the serpent: “I will put enmity between you and the woman, and between your offspring and hers; they will strike at your head, while you strike at their heel.” As mankind is cast out of the Garden, the Lord promises to mankind eventual victory, although not one completely free from the striking of the devil—nor from our own folly.

Psalm 118 offers an example of this pattern. The ending lines of the Psalm are very familiar: “Blessed is he who comes in the name of the Lord […] Go forward in procession with branches.” We know that this procession will wind its way to Calvary, to “the horns of the altar.” Next, of course, in this narration should come the Resurrection. However, the Psalmist reverses the order, and the joyful proclamation “I shall not die, I shall live” precedes this prophecy of the Passion. It seems that the Lord, from His vantage point overlooking all of history, inspired the Psalmist to tell the happy ending first. We, the readers, are thus prompted to read the Passion in light of the Resurrection.

The Almighty Creator works on an even larger scale than this though: He writes with the very events of history. It is not only the prophetic elements of Scripture that prophesy. All of God’s works participate in and proclaim His holy plan of salvation. We have seen this just recently. The long tradition of the Church sees the wood of the manger as foreshadowing the wood of the Cross. Similarly, the Magi’s gift of myrrh looks towards Christ’s death and burial. But here, at Christmas, at the beginning of this most important chapter in the story of salvation, the Author does not allow the myrrh-laced suffering to dominate; rather, He announces the glorious ending with a chorus of angelic voices.

Unlike a human author, God does not work with static, pre-planned characters. Rather, He writes His story with us, His beloved children, to whom He has given the power of freedom and the option to abandon His plan. Out of our insignificant, broken, and even evil acts, He draws His mighty plan of salvation. It is as though He writes with words that constantly twist and change meaning, striving to escape the work of His pen—but always failing. In working with us rebellious words, the Creator shows His power and His love. For, lest we stray too far, the Author Himself entered into the story and revealed the depths of His love for us on the Cross.

This is His promise, a promise which He repeats at the beginning of each of our stories. “We were indeed buried with him through Baptism, so that, just as Christ was raised from the dead by the glory of the Father, we too might live in newness of life.” And it is this promise, played out in our Baptisms, which ought to guide our reading of our own stories. Even in the midst of our very real sufferings—we have been plunged “into death”—we might catch a glimpse of God’s mighty pen writing us towards life, if only we let it.