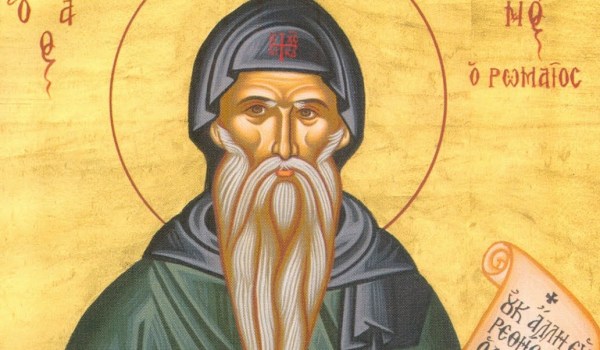 Leap Day, February 29th, marks the feast of St. John Cassian in the Eastern Calendar (and by some Western accounts). While the saints in heaven surely have more important things to contemplate than their earthly honors, it does seem an odd honor to have one’s feast celebrated once every four years. Be that as it may, let us not allow this rare occurrence to pass us by without remarking on the wonderful and holy man that was St. John Cassian, a man to be honored for his commitment to spreading Divine wisdom.

On his many travels, St. Dominic always carried with him three works: the Gospel of St. Matthew, the letters of St. Paul, and the Conferences by Cassian. While the third work may seem a bit surprising to us, it would not have been in his time. Cassian’s works were prized throughout Christendom as a source of great spiritual wisdom and insight. The Conferences are a compilation of teachings from the Desert Fathers in Egypt. Cassian had learned from the Desert Fathers as a young man, having left home with a friend to live the monastic life. Later, having been ordained a deacon in Constantinople, he ended up in Rome as a representative of the Patriarch of Constantinople. While there, he was asked to found a new monastery in France. Cassian wrote the Conferences in order to instruct his monks in the teachings he had first learned in Egypt.

These teachings have had an abiding influence on Western thought. St. Benedict used both Cassian’s Institutes (a work on the ordering of religious life) and his Conferences in forming his rule. These monasteries, both Cassian’s and those founded by St. Benedict, helped keep Western thought alive until the Carolingian Renaissance. Cassian’s works continued to lay the groundwork for Western religious until the time of the mendicant movement. St. Thomas Aquinas used him for his analysis of vice. After the scholastic period, figures such as St. Philip Neri and Bl. John Henry Newman also treasured his works.

Yet for all of this, Cassian remains somewhat forgotten. This could be due to a number of reasons, including the accusation of semi-pelagianism (an accusation that the Church refuted, at least implicitly, by placing Cassian in the Roman Martyrology). Yet, I think the chief reason for the eclipse of Cassian is that his thought has been carried forth by others. He never sought to become an original and influential thinker, but rather simply to transmit the wisdom he had received from the men he considered to be far holier. He is a hidden link connecting Eastern and Western monastic practices, influencing generations of religious throughout the centuries.

Our goal as Christians is not to be celebrated for our works, but to follow Christ. Cassian left home in order to learn from men renowned for their holiness and only by an accident of providence ended up a foundational figure for Western religious life. Let us recall St. John Cassian this Leap Day, reminding ourselves that even if infrequently remembered by other human beings, God can use our desire for holiness for the building up of His Church.