Menu
Confraternity of the Most Holy Rosary > Uncategorized > Quantitative Judgments 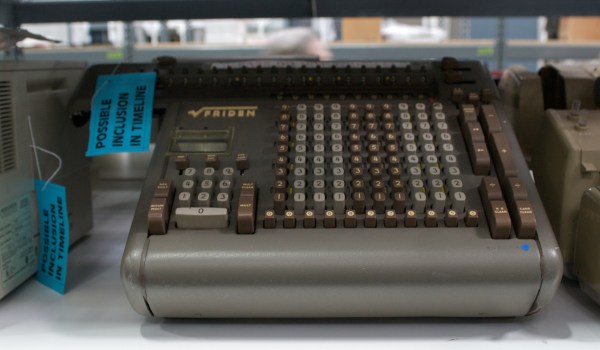 While walking with a few brothers through the neighborhood of Brookland the other day (where the Dominican House of Studies is located), we ran into members of four other religious communities in the space of twenty minutes: a Dominican sister, an Alma Mercy sister, a Franciscan T.O.R. brother, and six Missionaries of Charity.

We often hear about the Church’s vocation crisis, but there are also signs of hope. Those signs are especially visible here in Washington, D.C. One of the main reasons one would run into such a heavy concentration of religious in this area is that it has been home to religious orders and seminaries since the founding of the Catholic University of America in 1887. When the University was founded, religious houses of formation and seminaries were built up around it. Religious and seminarians came to this neighborhood for their studies, and the good news is that the vocations keep coming. There are also many other orders in our area besides the ones mentioned above, reflecting the great variety of gifts and callings within the Church: Capuchins, Marians of the Immaculate Conception, Poor Clares, Josephites, Carmelites, and Little Sisters of the Poor, to name a few. We currently have a full house here at the Dominican House of Studies. Right next door, the seminary to train diocesan priests, Theological College, does as well. This presence of so many young people following the Lord’s call is a sign of hope.

Yet, numbers don’t lie. Many other orders have dwindled. There are empty religious houses even here in D.C. Some dioceses do not have enough new priestly vocations to staff the number of parishes they have. There are plenty of articles and studies documenting the decreased number of seminarians and religious compared to previous generations. And we should take these seriously.

Even though this general decline in numbers is a serious challenge, we must resist reducing the matter to numbers. In Unconditional Surrender, a novel by Evelyn Waugh, Mr. Crouchback tells his son Guy that, as regards the mystery of the Church and how she works in the world, “Quantitative judgments don’t apply.” We do not evaluate the work of the Holy Spirit according to a numerical standard and then pronounce it successful. Actually, when we look at the history of the Church, we often see her working for the salvation of souls by means of a small, motley crew. This is obviously true of her inception, founded as she was with a mere twelve apostles. And this has remained true throughout history. Take the saint we will celebrate later this week: Mother Cabrini. This one woman, active in the early 20th century, founded an order and travelled throughout Europe and the Americas founding dozens of institutions, such as schools, hospitals, and orphanages. She proved a powerful instrument of the Lord’s work. For the good that we do is always the Lord’s work. Isaiah 26:12 puts it well: “For you have accomplished all we have done.”

God is not challenged by our smallness as individuals or as groups. He is not challenged by anything. He is the Lord and source of Creation. He created everything from nothing. And he is not in some place far away trying to figure out the vocation crisis. Rather, he has a providential plan that is being carried out among us even now. God came to us and revealed himself as our Good Shepherd. He cares for us and will not leave us without shepherds and ministers in his Church.

Towards the end of Unconditional Surrender, Guy Crouchback remembers the piece of advice his father gave him many years earlier. Quantitative judgments don’t apply. It becomes a vocational moment for him. He becomes aware that God has a plan for his life and prays:

Show me what to do and help me to do it.

This is the prayer of someone who has begun to understand his vocation. God calls us to do something for him, but we must do so humbly and discern this something through prayer. God has created us to exercise real effects in the world. This is part of his plan. But we need to be enlightened and helped by God to carry out these effects. When we surrender to Providence we realize Who is in control and Who is guiding us.

God is guiding us. Young men and women are still responding to his call. You may not see evidence of this the next time you take a stroll around your neighborhood, but it is evident here in Brookland. Sure, things look different than they did 100 years ago, but the work of the Holy Spirit is not a numbers game. And we have hope that God will never leave his Church without good shepherds and faithful witnesses.