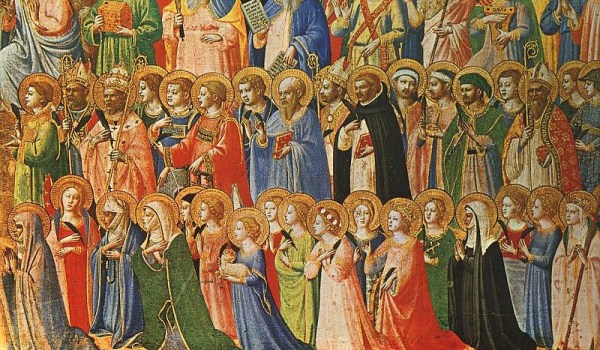 “Ladies and gentlemen: thank you for joining us on Dominicana today for this analogical journey! The train (of thought) on which you have embarked is an express line with nonstop service to Buffalo, NY. Please ensure that this is your desired destination. In the event of a blizzard, your seat cushion may be used as a sled. Now, we encourage you to sit back and enjoy the trip. The attendant will be coming by shortly with complementary wings…”

One Sunday afternoon several months ago, while visiting western New York, I found myself in Orchard Park, NY. Eight times a year, this ordinarily quiet suburb is transformed into a lively festival of 73,000-plus faithful Billievers. As fans streamed past on their way to the stadium gates, I couldn’t help but notice some of the names on the back of the jerseys being worn, particularly those of former starting Bills quarterbacks. The Buffalo Bills have not made the playoffs since 2000, in large part due to the inept performance of their signal callers, such as :

E.J. Manuel, #3: the only quarterback from this list still on the team. A 2013 first-round draft pick, he lost his starting job last season. His Bills career thus far: 19 games, 6 wins, 19 touchdown passes.

Pretty ugly stuff. Is this the end of the story? Not in the least. For amidst the mélange of mediocrity, there are a few Bills of times past who have been recognized for their stellar play and venerable careers. Four Hall of Fame players in particular come to mind: Thurman Thomas, Jim Kelly, Bruce Smith, and Andre Reed. Together they account for 28 Pro Bowl appearances and led the Bills to four straight Super Bowls. What’s more, they continue to serve the franchise as mentors to the younger players and goodwill ambassadors among the community. In fact, on that particular Sunday, all four were in town—a moment of great joy for the fans. Their past example and present aid give the good people of Buffalo a reason to hope that failure and misery will not have the last word. The wise and prudent Bills fan has learned that the best jersey to purchase is the jersey of one of these retired greats.

I would like to propose being a Bills fan as a very imperfect but illuminative analogy for our earthly sojourn through the trail of tears that is our mortal life. Sometimes we end up wide (right) of the mark in the good that we try to do. Sometimes we find ourselves the victim of some grave injustice. And at one time or another we all are duped into investing in the bad jersey of some false savior who comes and goes rather than in the eternal merits of the Son of God and His saints.

In the canonized saints, infinitely more than in the Bills Hall of Famers, we find greats with whom we are in communion and on whom we can rely for help. As the Catechism of the Catholic Church puts it: “our communion with the saints joins us to Christ, from whom as from its fountain and head issues all grace, and the life of the People of God itself” (CCC 957). And with regard to their intercession: “Being more closely united to Christ, those who dwell in heaven fix the whole Church more firmly in holiness . . . . They do not cease to intercede with the Father for us, as they proffer the merits which they acquired on earth through the one mediator between God and men, Christ Jesus. So by their fraternal concern is our weakness greatly helped” (956).

What is said in the Catechism concerning the merits of the saints echoes an insight Thomas Aquinas had seven centuries prior. In his commentary on the Apostles’ Creed, St. Thomas affirms, “We must also know that not only the efficacy of the Passion of Christ is communicated to us, but also the merits of His life; and, moreover, all the good that all the Saints have done is communicated to all who are in the state of grace, because all are one: ‘I am a partaker of all those who fear You’ (Ps 118:63).” For St. Thomas, all the members of the body of Christ, which is the Church, share and participate in all the good of those members who have run their earthly course victoriously and now live with God in heaven.

The great players of the past continue to inspire and encourage the Bills fans and players of the present. How much more can the Church Triumphant strengthen the Church Militant by the example of their holy lives? How much more can the saints by their constant intercession in the sight of God assist the Christian community on earth? Given the great things that God has done in his saints, how much surer is our hope that, if we entrust ourselves to Him with them, failure and misery will not have the last word.

All you holy Saints of God, pray for us!

Image: Fra Angelico, Forerunners of Christ with Saints and Martyrs