Menu
Confraternity of the Most Holy Rosary > Uncategorized > Like Superheroes? Try the Saints! 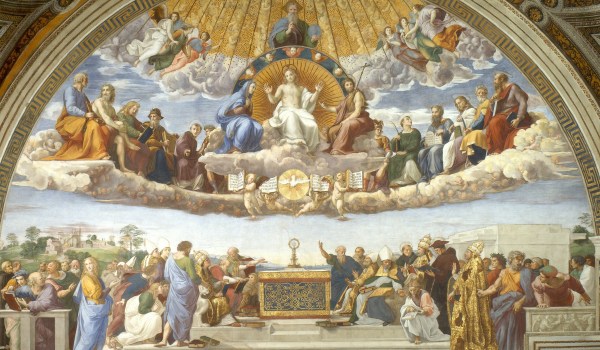 Superheroes! Our culture seems obsessed with them.  Witness the many adaptations of DC heroes like Batman and Superman, the 23 Marvel movies scheduled for release, and even the most recent animated Disney movie, Big Hero 6.  Once superheroes were the subject of only occasional interest, relegated to the checkout aisle or to a small but thriving sub-culture; now superheroes are mainstream.

Why this fascination with superheroes?  First, good superheroes are relatable; we identify with them.  This is why many people find Marvel characters better than DC characters.  Most people find Spiderman, the scrappy nerdy teenager, more relatable than the Martian Manhunter, a shape-shifting anthropoid from Mars.  We find something of ourselves and our plight even in their superheroic struggles.   Their plight reminds us of our plight, and their triumph gives us hope that we too may triumph, even if we don’t often see heroes getting frustrated when their kids are not listening or angry when their car won’t start in the morning and they are already late.  And be honest: sometimes the line at Dunkin’ Donuts seems a lot like a robot army, and a boss or co-worker or disaffected-ex or parent seems like an alien trying to take over your world.

Second, we love superheroes because it is in our very nature as humans to look up to someone.  Aristotle pointed this one out ages ago.  We yearn to do the good but need an example to know what the good is.  So we look for role models, and these role models, in a sense, rule our lives.    They become a standard by which we make our decisions.  In a sense, Loki in Avengers is right when he says, “you were made to be ruled.”  But the old German who stands up to Loki in the scene is also correct when he answers “not [by] men like you.”  We are made to be ruled by love, by one acting in love, by one modeling love for us.

So are there any real superheroes?  In addition to the many throughout the world who fight the good fight every day in small ways, there are those superheroes who have fought and won: the saints. All of these are heroic, though (whether we know it or not), only because they bear a likeness to the perfect model of virtue–namely, Jesus Christ.

Jesus has provided that model first in His own incarnation and second in the figures of His saints.  He was born, he grew up in a small town, preached and led people to virtue, and then he laid down his own life in love.  This is the model for life, and this model echoes in any hero worth following.   Superheroes, too, strive to do what’s right despite hard situations.  They have mercy on the weak and protect the poor.  They speak out against evil and bring hope to the downtrodden.  In many cases, they lay down their lives for those they intend to save.

How much more, then, should we admire and follow the saints living in glory, who have followed Christ into battle and triumphed with Him.  It is interesting that the first superhero was arguably Catholic, but even more than Zorro, the saints are manifestations of Christ throughout the ages.  Each saint has his or her own particular superpowers, or super-virtues.  You have the scrappy Guardians of the Galaxy in the Apostles—a ragtag bunch of unlikely heroes charged with founding and protecting the latent Church, even with their lives.  You have your telepaths in mystics and visionaries like Henry Suso, Catherine of Siena, Elizabeth of the Trinity, and Faustina Kowalska—saints so united to the Love of God that they heard and spoke forth His words on the earth.  There are great team leaders in preachers and writers, like Vincent Ferrer, Basil, the many Gregorys, Leo, Bonaventure, and Thomas Aquinas.  And of course you have the A-Team Avengers, the public faces and founders, like John Paul II, Dominic, Theresa, John, Francis, Bernard, Therese, and so many more.  And among all these, you have martyrs who imitate Christ in His Death.  Each carried on the model of Christ in some particular way in each new age.  The saints would even work miracles as they participated in His work, ever seeking to emulate their Superhero, Christ himself.

But here is the crux of it. Perhaps we are obsessed with superheroes in particular because we need relatable models of virtue but have lost sight of the one true model.  And so we settle for imperfect models, each of which hints at the one true model, Christ.  We recognize in superheroes a sliver of the virtue which is found in its fullness in the “whole Christ,” that is, He Himself and His Body the Church.   Superheroes are not enough.  We need the example of Christ made manifest in His saints.

So the next time you watch a superhero movie, think of the greater model of the saints, and consider how your superhero mirrors and fails to measure up to the true hero, Jesus Christ.