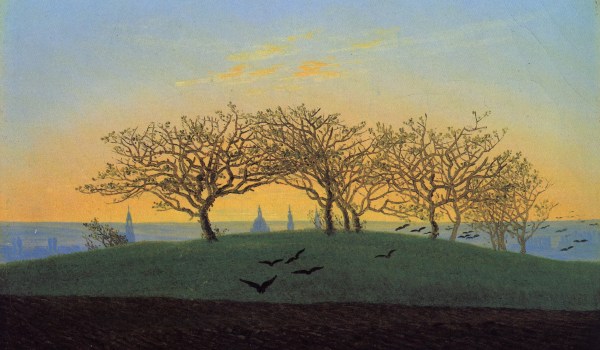 Human beings, whenever they judge, look no farther than the surface, whereas the Father looks into the very depths of the soul…. To refrain from judgment and condemnation means, in a positive sense, to know how to accept the good in every person and to spare him any suffering that might be caused by our partial judgment, our presumption to know everything about him. But this is still not sufficient to express mercy. Jesus asks us also to forgive and to give.

From a sermon by John Tauler:

Be merciful, as your Father is merciful. Beloved, this virtue has become very rare nowadays…. What untold miseries are the result of malicious talk, which people are always ready to listen to before the facts have been considered. I beg you to at least allow some time for reflection, so that you may know what you are saying.

Everything depends on love. The evil we do remains our own, but the good that we do is attributed to love, just as the grain that is poured into a measure rushes in and is pressed together, as if it all wanted to become one single grain. Love attracts all the good there is in heaven, in all the Angels and the saints and all the sufferings of the martyrs; and furthermore, love draws to itself all the good that is contained in all creatures in heaven and on earth, of which so much is lost, or at least seems to be lost. It is love that keeps it from perishing. The spiritual masters and the saints tell us that eternal life is filled with a love that is exceedingly great; when one soul recognizes that another possesses a greater love than it has itself, it rejoices as much as if it were its own. And the closer we come to such a disposition on earth, the more glorious will be our joy in eternity.

Now, he whose measure contains the most love here on earth will receive the greatest joy in heaven. The devil hates to see this, and he tempts us to self-righteousness and to thinking of our neighbor and his works as inferior to our own. Thus we deprive ourselves of love by judging others and by depreciating their works; the result is that our words turn into arrows of deadly poison shot from a bow. And what is the target of these arrows? It is our own souls, which they pierce with the wounds of everlasting death, and everything we had stored up in our measure is now spilled and lost. A more terrifying and distressing process cannot be imagined.

And now we come to the measure overflowing, the measure which is so full, so rich and abundant, that it overflows on every side. Our Lord touches this measure with but one finger, and at once it overflows with the riches of God’s gifts far beyond anything it had ever contained. Everything pours out of the measure and flows back to the Source from which it originated, straight back to it, to lose itself there completely. All wanting, all knowing, all loving, all understanding has overflowed and is lost in God and one with Him. Goes sees Himself in such souls and He loves [them]; whatever they do, it is His work in them. And this overflowing knows no limit, so strong is the urge of such souls to pour their love out to others. “Oh, dear Lord,” they say, “take pity on those sinners who have performed good works but have fallen short in the end. Give them the crumbs that have fallen from your rich table, and let them find salvation through the cleansing fire of purgatory!”

“Oh, dear Lord, give them your crumbs!” And thus their measure overflows into the entire Church, into saints and sinners, carrying everything back into the ground of the Godhead, every good that has ever been achieved. No work is ever wasted, from the smallest to the greatest: not the briefest prayer, not a single good intention, not the smallest act of faith. In this active love they offer to Him, their heavenly Father, all this and all that the Angels and saints in heaven possess: for this overflowing measure contains even the love and beatitude of the Blessed. Beloved, if it were not for such men, the rest of us would be in a bad way.

John Tauler (♰ 1361) was a German Dominican priest and theologian. His efforts to interpret and apply Meister Eckhart’s spiritual lessons to a broader audience helped make him a popular preacher, and he was one of the most influential German mystical writers of the fourteenth century.