Menu
Confraternity of the Most Holy Rosary > correction > Love’s Hatred 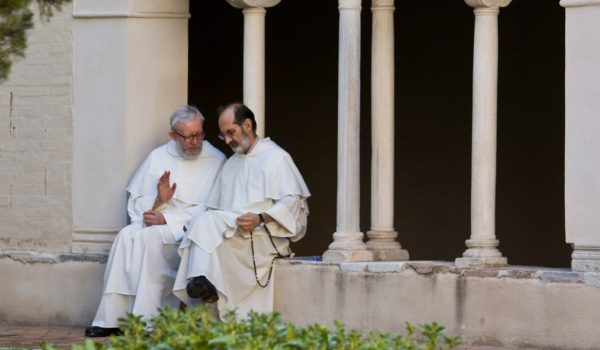 Some Christians have misgivings about the slogan “Love the sinner; hate the sin.” For them, the slogan seems “judgmental” and, therefore, fundamentally unchristian. I can understand a certain amount of suspicion. We don’t want to turn into fault-finders or to excuse ourselves from dealing with our own faults. But the ideas that the slogan expresses are basically sound, even rather important. And we wouldn’t want to throw out the baby with the bathwater.

Sometimes people criticize the slogan “Love the sinner, hate the sin” by noting that Jesus never said it. He may not have said it, but he certainly lived it. He died for us “while were yet sinners” (Rom 5:8). Why? Because he was pleased with our sins? No, because he hates our sins—precisely because he loves us. Our sin is a disease, and Jesus is our physician.

Sometimes people say that hating sin is against Jesus’s commandment, “Judge not” (Mt 7:1). But Jesus himself showed anger at people whose hearts were hardened (Mk 3:5; Jn 2:12–22), and he called some people “hypocrites” and a “brood of vipers” (Mt 23:14, 33). And the parable that he told against being judgmental—“the mote and the beam”—concludes not with a prohibition of correcting others but rather with a piece of advice about how better to correct one’s brother (Mt 7:1–5). Jesus even gives detailed instructions about how to correct a fellow Christian (Mt 18:15–17).

If sin is essentially destructive of the sinner, it is not hateful to hate it. In fact, it may be hateful not to hate it. As the Confiteor reminds us during Mass, sin concerns not only what we have done but also what we have failed to do. Let us not be content then with a diminished love that has no room for hate.

Br. Alan Piper, OP, was born in Lake Charles, Louisiana, and is the oldest of four children. He earned a BA in philosophy and theology from the University of St. Thomas in Houston, Texas, and a PhL from the School of Philosophy at the Catholic University of America. Before entering the order in 2011, he taught at Holy Family Academy in Manchester, New Hampshire. On DominicanFriars.org