Menu
Confraternity of the Most Holy Rosary > Uncategorized > Judging Friendship 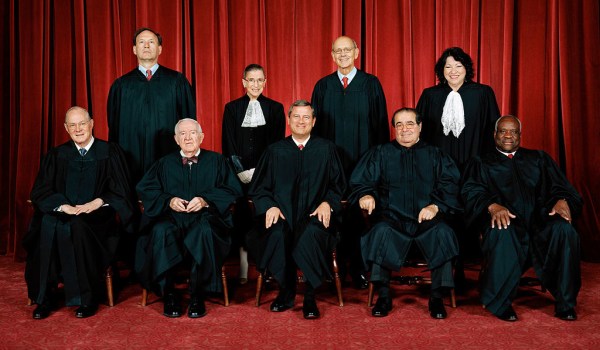 In each of my friends there is something that only some other friend can fully bring out. – C. S. Lewis

Last month, the country (and friars of our house) mourned the passing of Justice Antonin Scalia. Given the polarization that overshadows just about everything within the Beltway, the tone of the tributes varied widely. Amongst them, however, one particular approach was far more refreshing than the rest: to focus on Scalia’s legacy in the lives he touched—especially amongst those whom you might least expect.

Of these, Justice Ruth Bader Ginsburg comes to mind. The two had met when they served together on the D.C. Circuit of the United States Court of Appeals, and had great mutual respect for one another, despite their divergent readings of the law.

After Scalia’s death, Justice Ginsburg reflected on his role in getting her named to the court:

Justice Scalia was asked, ‘If you were stranded on a desert island with a Court colleague, whom would you prefer, Larry Tribe or Mario Cuomo?’ Scalia answered quickly and distinctly: ‘Ruth Bader Ginsburg.’ Within days, the president [Clinton] chose me.

Their friendship was not simply professional courtesy, however, and still less professional posturing. Rather, they brought the best out of each other, particularly through their mutual interest in opera.

In the Four Loves, C. S. Lewis distinguishes romantic attachment from friendship proper, and castigates our society for being too quick to confuse the two:

Friendship, properly understood, has the power to fix our gaze onto those things that are greater than any of the parties involved. In fact, if it is to survive in a meaningful way, it must do so.

Ginsburg and Scalia show us that true friendship is possible even amidst grave differences in judgment, in a way that does not seek to mute these differences (see hundreds of pages of dissenting opinions), provided it enables the friends to focus more intently outside of themselves toward what friends could enjoy in common. This openness in Scalia need not be limited just to opera or to Ruth Bader Ginsburg.

The truest friendships would ultimately be grounded in that which is most noble and universal in scope; hence our desire for God Himself. However, this desire comes about not by our own initiative, but only in response to His offer of friendship to all mankind (see 1 Timothy 2:4). In comparison to the triumph of Christ’s grace, the trophies that are our earthly friendships may seem trivial. But, if we were to look back on them from our ultimate destination, we might recognize them for what they are: the dress rehearsal for the grandest production to be staged: the rejoicing of the Church triumphant.

And should our merely human friendships (our rehearsing) still look hollow and lacking, we can look back to the wedding feast where man was reconciled to God—a day marked by betrayal and abandonment, with nothing but vinegar and gall on the menu, save the Blood and water flowing from His own side. Our friends may have problems of varying severity, but it was while we were yet sinners that Christ laid down His life for us, for His friends.


Love Thy Friend as Thyself
Anthony T. Flood, The Root of Friendship: Self-Love and Self-Governance in Aquinas. Washington, DC: The Catholic University of America Press, 2014.
Whom should one love more: God, one’s neighbor, or oneself? When Jesus is asked which commandment is the greatest, he responds, “You shall love the Lord, your God, with all your heart, with all your soul, and with all your mind” (Mt 22:37). St. Thomas Aquinas explains that God is most deserving of lo…