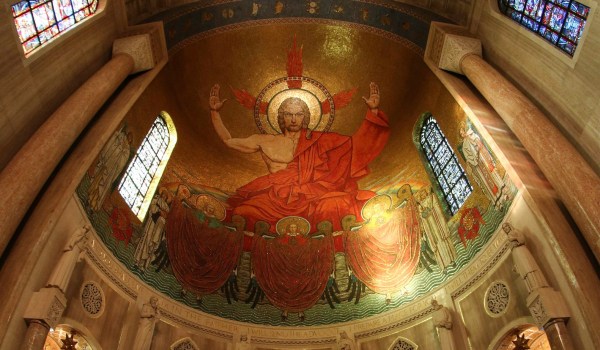 What is it that we desire? With today’s O Antiphon, the Church invokes our Savior as “the King of the nations and their desired.” While it is true that the desire for a savior is present in all men, does the savior we meet in Jesus Christ satisfy the expectations and preconceived notions we’ve built up in association with that desire? Popular culture (or, at least, Bonnie Tyler) reveals something of what men naturally desire in a savior, or imagine him to be. We hope for the greatest protector we can conceive of: strong, fast, fresh from the fight, larger than life. We toss and turn for a hero that will come and sweep us off our feet, whisk us away from all our problems and struggles.

In the fullness of time, God could have sent a hero according to the mind of man, but this wasn’t enough for Him. Instead He gave us Himself, a gift too great to be comprehended. Even our wildest dreams are limited, since they stem from limited human reason. But God’s love for us is unlimited, as is the manifestation of that love. Christ did not love us so little that He would merely win for us an undisturbed earthly life, devoid of cares or anxiety. Rather, His incarnation opens up the far greater possibility of the life of grace, by which we are ultimately deified, becoming partakers in the divine nature (CCC 460).

That the greater might not be obscured by the lesser, the heavenly not be hidden by the mundane, Christ spurned all the glory of this passing world. He whom the heavens could not contain chose to dwell in the womb of His lowly handmaid. The King of kings and Lord of lords would not suffer Himself to be made a king by men. He through whom all things were made did not show His power by conquering men, but by overcoming the death He allowed them to inflict upon Him. In every way Christ thwarts our earthly desires to open us up to heavenly blessings.

What is it that we desire? If all we want is Bonnie Tyler’s street-wise Hercules, we won’t see very much to be desired in Jesus Christ. But if we allow our natural desire for temporal salvation to open us up to supernatural possibilities, then we will hold out for nothing less than God Himself. It is for this Hero of heroes that we long, as we call out with the whole Church: O King of the nations and their desired, corner stone who make the two one, come and save man, whom you formed from the dust.