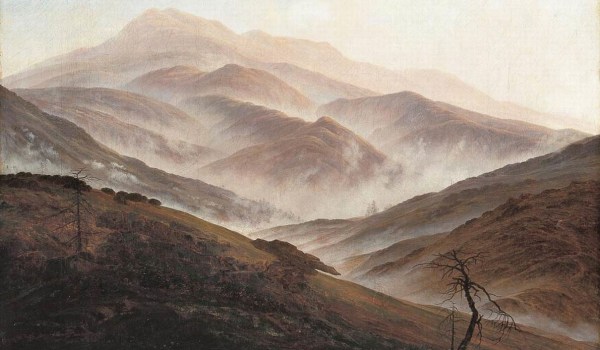 “Jesus Christ is the face of the Father’s mercy.”

From a sermon by Meister Eckhart:

If I am in a higher place [as on a mountain] and say to someone, “Come up this way,” that might be difficult for him. But if I say, “Sit down,” that would be easy. So God deals with us. When man humbles himself, God cannot restrain His mercy; He must come down and pour His grace into the humble man, and He gives Himself most of all, and all at once, to the least of all. It is essential to God to give, for His essence is His goodness and His goodness is His love…. Slavish fear of God must be put away. The right fear is the fear of losing God…. The earth cannot flee from heaven: whether it flee up or down, the heaven rains its influence upon it, and stamps its impress upon on it, and makes it fruitful, whether it be willing or not. Thus does God with men: whoever thinks to escape Him, flies into His bosom, for every corner is open to Him. God brings forth His Son in you, whether you like it or not, whether you sleep or wake; God works His own will. That man is unaware of it is man’s fault, for his taste is so spoiled by feeding on earthly things that he cannot relish God’s love…

God created the soul after the image of His highest perfection…. Then the Son opened the tent of His everlasting glory and came forth from His high place to fetch His Bride, whom the Father had espoused to Him from all eternity, back to that heaven from which she came. Therefore He came forth rejoicing as a bridegroom and suffered the pangs of love. Then He returned to His secret chamber in the silence and stillness of the everlasting Fatherhood. As He came forth from the Highest, so He returned to the Highest with His Bride, and revealed to her the hidden treasures of His Godhead.

John Eckhart (✝ c.1328), more commonly known as Meister Eckhart, was a German Dominican priest, theologian, and influential figure among the “Rhineland mystics,” a school of Dominican spirituality that flourished in fourteenth-century Germany.