Menu
Confraternity of the Most Holy Rosary > Uncategorized > Broken Humanity 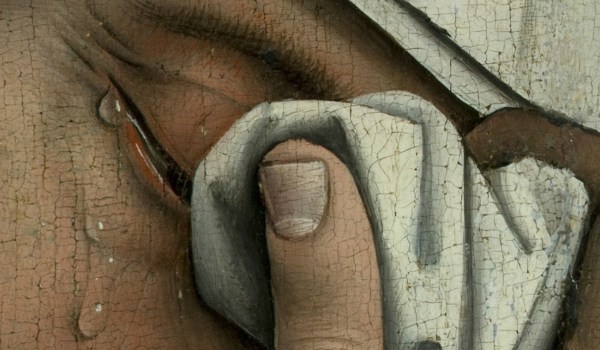 We can tell a great deal about someone by learning about his or her family tree. Names of ancestry can reveal many things about a person, such as ethnicity, language, history, and perhaps even his or her geographical location. For today’s Gospel reading, the Church gives us Christ’s genealogy, His human family tree. Some Church Fathers have noted that St. Matthew’s genealogy proves the Messiah’s Davidic royal ancestry, which was an important feature of the Christ who was to restore the Davidic Kingdom to the Jews. Others have appealed to Christ’s genealogy to refute the heretical claims of those who tampered with the Saviour’s human or divine nature. Genealogies for the modern audience can be a tedious endeavour, one to which the natural response is a mixture of exacerbation and dutiful compliance.

For a voracious reader of the Scriptures, however, entire narratives unfold when certain biblical names are mentioned in Christ’s genealogy, and usually these narratives reveal a horrific aspect of our human condition. Among the names that stand out are those whose conduct is notably condemnable. Here are some examples:

Judah and Tamar both appear in Christ’s genealogy. Tamar was married to Judah’s firstborn, Er, who was so “wicked” that the “Lord slew him” (Gen 38:7). Judah’s second son, being obliged to marry his deceased brother’s wife (according to the practice of levirate marriage), refused to fulfil his duty of begetting children from her. Instead, he engaged in a contraceptive conjugal act, and as a result the Lord “slew him” as well (Gen 38:10). Judah had a third son, who should have married Tamar. But seeing that both of his older sons had died as a result of their marriage to Tamar, Judah sent her to her father’s house to live as a widow, while making the excuse that his youngest son, Shelah, was a minor. Even though Shelah had reached the age of maturity, he declined to marry Tamar. In the end, Tamar resorted to dressing up like a prostitute to lure her father-in-law, Judah. She bore twins and named them Perez and Zerah. Perez is a great grandfather (many times removed) of Our Lord.

Other sundry characters are in Christ’s family tree. Solomon’s mother was Bathsheba, the wife of Uriah the Hittite, whom David killed after having committed adultery with his wife. Rahab was a “harlot” (Jos 2:1), and Ahaz was the king of Judah who “burned his son as an offering” to Molech (2 Kgs 16:3), “shut up the doors to the house of the Lord” (2 Chron 28:24), “built” an “altar” in Jerusalem for the gods of Damascus, and “threw the blood of his peace offerings” on his idolatrous altar (2 Kgs 16:11,13). David, Solomon, the wife of Uriah (Bathsheba), Rahab and King Ahaz all appear in Christ’s genealogy.

How do we reconcile this deplorable succession of Christ’s human lineage with the holiness, purity, and majesty of His Divine Person?

This question begs itself. The reader cannot help but make the comparison between Christ’s sinlessness and humanity’s wickedness. On one hand, there is degenerate, contemptible, and shameful humanity, which is screaming for a saviour and begging for someone to rescue it from its brokenness. On the other hand, there is God in His infinite perfection and holiness. God and humanity were separated through a great chasm called original sin, and a mediator was necessary to bridge the two together again. When we read about the deplorable condition of humanity, which manifests itself in Christ’s genealogy, we are looking at a mirror image of ourselves, and while we were originally made in God’s image, sin entered the world and disfigured that image in us. A quick look at the list of names in Christ’s genealogy will reveal that no human being, despite how holy he or she may be, can satisfy God’s infinite justice and restore the human image of God to its former beauty. Thus, God chose to become man. He “became human to make humans divine.”

The way to reconcile the two opposites, God’s holiness and human misery, was through the Incarnation, Passion, and Resurrection of Christ. God’s holiness united itself to the weakness of human flesh. When God’s love in Jesus Christ encountered man’s hatred, Christ’s human flesh was subjected to an instrument of torture and death: the Cross. That vile object was an image of our fallenness, while He who was nailed to it was the Incarnation of God’s love. Overcoming the enmity between God and men, glorified in the Resurrection, Christ establishes a new family tree, one born from Him, one with many children in the Church: Christ’s family of sinners becomes a family of saints.