“The Blessed Virgin is waiting for you,” the child whispered.

St. Catherine Labouré, a novice in the Daughters of Charity, was gently woken from her sleep by a small, luminous child beckoning her to follow him to the chapel. It was nearly midnight.

“The Blessed Virgin is coming; here she is,” the child said as Catherine heard the swishing of silk. There she was, the Mother of God.

This nocturnal journey to the chapel in mid-July would be the first of three apparitions where Our Lady would appear to the young Catherine over the course of 6 months. During the second appearance, the Blessed Virgin asked her to have a medal struck of the image she displayed before her, and she began explaining the meaning of the figures to be portrayed.

“These rays are a symbol of the graces that I pour out on those who ask them of me.”

This medal was originally known as the Medal of the Immaculate Conception, but it earned its current name for the many miracles and conversions that came to be associated with this sacramental. This token is not Catholic jewelry; it is an occasion for grace and truth. 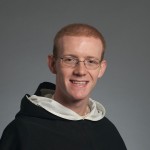 Br. Ignatius Weiss grew up on Long Island, where he attended Chaminade High School. He entered the Order in 2014 after graduating from Franciscan University with a B.A. in philosophy with minors in theology and Latin. While studying there, he did mission work in Ireland and at the Lourdes Grotto in France. On DominicanFriars.org