Menu
Confraternity of the Most Holy Rosary > Uncategorized > We Advance Towards Him: The Martyrs of Tibhirine, Twenty Years On 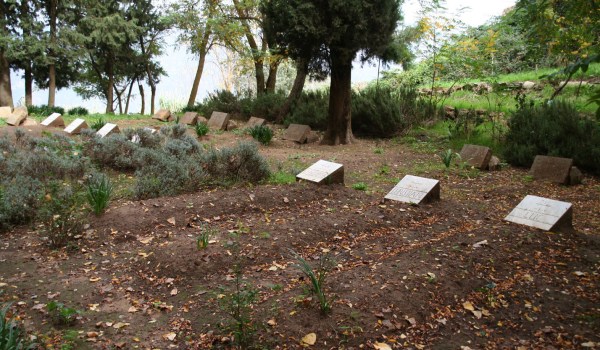 Twenty years ago this month, seven Trappist monks from the Atlas Abbey of Tibhirine in Algeria were kidnapped by extremist Islamic insurgents. Ultimately, their severed heads were found two months later; they died as martyrs for Christ. The story of their decision to remain amidst the violence and growing danger of death as an act of solidarity with and ministry to the local population was marvelously portrayed in the 2010 Xavier Beauvois film Of Gods and Men.

Upon a recent reviewing of the film, I was struck in particular by the character of one monk, Brother Luc, played by the actor Michael Lonsdale. Let’s take a look at three scenes and see what they have to tell us about love, freedom, and the Cross.

In a scene early in the film, Brother Luc, who runs a medical clinic out of the abbey, is seated on a bench next to a teenage girl. The girl turns to the monk and asks how one knows when one is in love. Luc responds, “There’s something inside you that comes alive. It’s irrepressible and makes your heart beat faster, usually. It’s an attraction, a desire. It’s very beautiful.” She then asks him if he himself has ever been in love. After pausing to consider, he replies, “Several times, yes. And then I encountered another love, even greater. And I answered that love.”

This exchange brilliantly captures a point that Pope Benedict has made: “Being Christian is not the result of an ethical choice or a lofty idea, but the encounter with an event, a person, which gives life a new horizon and a decisive direction” (Deus Caritas Est, §1). We are all beckoned by “Another Love” that is encountered in this world but points us beyond it, towards our eternal destiny. Luigi Giussani, in the third volume of his collection of conferences on the theological virtues, speaks in similar terms: “A summation of charity: Man exists to affirm Another, who is God. This is the truth that moves the heart and makes it act” (Is It Possible to Live This Way? Volume Three, Charity). The love of Christ, poured into our hearts by the Holy Spirit (see Rom 5:5), enables us to love the Other, who is God, and others in Him.

This charity towards neighbor, which Brother Luc demonstrates without discrimination, is the catalyst for our second scene. After Br. Luc treats an Islamic extremist who comes to him with a gunshot wound, the Algerian government sternly warns his abbot, Father Christian, about the danger of opening their doors to such men. Fr. Christian then calls Br. Luc in for a meeting. After being fraternally admonished to be careful, Br. Luc calmly declares, “Throughout my career I’ve met all sorts of different people, including Nazis and even the devil. I’m not scared of terrorists, even less of the army. And I’m not scared of death. I’m a free man.”

Authentic Christians like Brother Luc are more dangerous than any army or terrorist group because they are armed with what St. John calls that “perfect love which casts out fear” (1 John 4:18). Such a love is radical, enabling the man who has first been loved by God to love his brother, whether that brother wishes him good or ill. Such a love even transcends death, because its origin and its end is found beyond the realm of death. A soul that has found this love has a definitive destiny towards which it must always be progressing.

Nevertheless, determined as one may be to love to the end (see Jn 13:1), by no means does kenosis—that total emptying of self to which we are called in imitation of Christ (see Phil 2:7ff.)—come easy. Our final scene, evoking Christ’s Agony in the Garden and His Passion more generally, finds Brother Luc alone at a desk, writing a letter to a friend. In it, he reports how his situation is deteriorating. There are too many patients and too little medicine. The violence is keeping locals away from the clinic, unable to access the help they so desperately need.

As darkness begins to thicken all around the abbey, one could understand how Brother Luc might feel this sorrow over a love not well realized, just as Christ felt sorrowful unto death in the garden on Holy Thursday (see Mk 14:34). Yet consider what he writes: “Here it is mayhem and violence. We are in a high-risk situation, but we persist in our faith and our confidence in God. It is through poverty, failure, and death that we advance towards Him.” Then, after bowing his head, he summons the strength to get up, advancing in the direction of a painting that has been in the background throughout the scene, hanging on the wall on the far side of the room. With adept cinematography, the camera zooms in on the painting, Caravaggio’s Christ at the Column. Several seconds later, Brother Luc enters the frame, laying his gray-haired head close to His Savior’s chest, imitating the Beloved Disciple at the Last Supper.

Through poverty, failure, and death, we advance towards Him. In these last days of Lent, the Lord calls each of us to recognize our impoverished spirit, our failure to love Him with all our heart, and the death we have merited through our sins. He asks us to collect all this and advance toward Calvary, so that all in us that is not like Him might be lifted up high and nailed to the wood of the Cross for our salvation (Col 2:14). Blessed will they be who do so.

Image: Cemetery of the Monastery of Tibhirine, Algeria