Menu
Confraternity of the Most Holy Rosary > basilica > The Unkempt Man 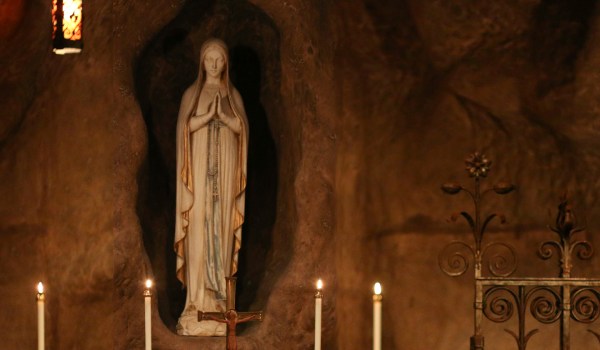 Brother’s having a really rough day.

He wakes up at 7:08 am, throws on his habit, bounds bleary-eyed down two flights of stairs, and makes it to the chapel as the lector finishes the first reading.

He looks at the clock in his cell and notices it is 8:23 am. He has no time to shower, and he has no time to shave. He has time for neither because he neglected to do his Greek homework last night, and class is in twenty-seven minutes. Brother completes as much of his assignment as he can by 8:43 am, because he still wants hot coffee. But, on arrival, Brother finds that of the coffee that has been made since his last visitation, what remains is rather lukewarm. He pours a full cup into a blue mug that says “Life is good.”, and the irony is not lost on him. He gulps down a third of what he poured. He pours the rest down the drain as a friar, whom he had not even noticed was in the room, makes a displeased groan and mutters something about poverty and wastefulness. Brother thinks that he would have liked to have kept the coffee for Greek class, but drinks are forbidden in the classroom. And Brother is perplexed, because until that moment he hadn’t thought of himself as failing to live his vow of poverty in his attempt to live his vow of obedience.

He looks at the clock in his cell and notices it is 11:27 am. He still has no time to shower, and he still has no time to shave. He hasn’t time for either because he stayed after Greek class to receive extra help. And now he has e-mails to send and a call to make and an article to read and a paper to write and he highly doubts there’s any hot coffee and he’s even beginning to be skeptical of the slogan on the blue mug.

Despite all that needs to be accomplished, Brother must go pray because, if he doesn’t do so now, he knows that this really rough day will consume him. And so Brother grabs his Bible, the one his aunt bought for his Confirmation, the one he likes because it is leather-bound and dog-eared and lovely. He goes out the door of my priory and across the street to my little chapel in the big church that is dedicated to me, the one he likes because I keep it dark and quiet and lovely. He often comes here to honor my Son and me. But today, he is not the only one.

And soon Brother is perplexed, realizing that though the Unkempt Man doesn’t have a Bible that his aunt bought, He is reciting the sermon that He once gave on a mountain (or was it a plain?). The words that fall from the chapped lips of the Unkempt Man seem to Brother to be spirit and life and lovely. And just then the Unkempt Man gets up to leave my chapel, and Brother smiles at Him and gestures to his aunt-procured Bible while asking, “Read this often, sir?”

And the Unkempt Man, seeing Brother through merciful eyes, returns his smile and says to him, “I’ve never owned one myself. The book is not living, but My Word is living. The characters printed in ink on the pages are but a sign; My Word is the act that breathes Life into you.” Then the Unkempt Man blesses Brother, and though he cannot quite comprehend this strange, sudden benediction, he grows ever more convinced that this Man of No Esteem is what sustains his study and his prayer and his contemplation.

Brother’s having a really wonderful day.

After a time, Brother closes his Bible, the sacrament of the Word of the Unkempt Man. And Brother reluctantly leaves my chapel, because he will be late for Midday Prayer if he does not. And soon he is walking quickly through his cloister. He smiles at the friar who thought him a coffee waster this morning. And his smile is a sincere smile, because he now sees him through merciful eyes. He sets his Bible down outside the chapel, but he still carries the Word in his heart.

Brother’s afternoon will be busy. There will be e-mails and phone calls, readings and papers, and maybe hot coffee at last (though he doubts there’s any made right now). Now, however, Brother joins his brothers in prayer, their voices reverberating off the old chapel’s stained wood.

“O God, come to my assistance.” 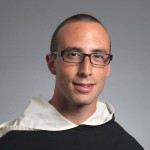