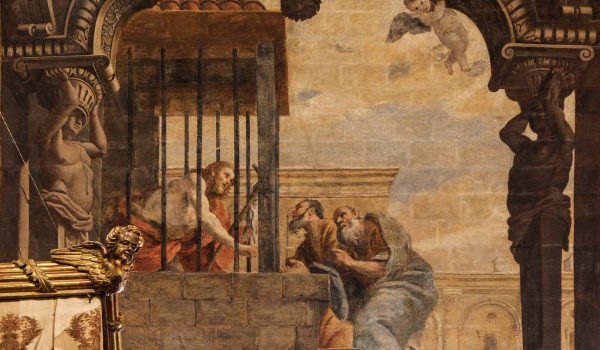 In the 2007 movie Juno, a married man waiting to adopt a child gets cold feet. He not only backs out of the adoption, but he also leaves his wife. While he’s working toward this decision, he laments that his whole life is sitting in boxes in the basement: all the hobbies and interests he pursued before he got married. He was not really willing to let go of his bachelorhood when he got married, and the impending responsibility of a child shows how strong his attachment still is.

If we abstract from the details a bit, we can all see ourselves facing this same temptation at some point. The major commitments of life, especially marriage and vowed religious life, tend to become more costly over time. Everyone who gets married knows that he or she is giving up independence in order to begin a new life, but at the wedding this is still a future reality. Most people realize that their honeymoon period will be brief, but this still does not prepare them for the trials of marriage. Sadly, many divorces happen within the first few years.

Why is it that we have so much difficulty maintaining the intensity of our first love? In the clarity of making a commitment, we understand that we are making a gift of ourselves, that we are putting our freedom at the service of love. This is a joyful moment. But a vow does not change our nature or give us new habits, and our old attachments remain. When competition arises between our new commitment and an incompatible old desire, we can feel trapped. If a married man views his freedom as exterior to his commitment to wife or children, he will see his life as a conflict between the commitment and the other goods he desires, two sides tugging at his will. But this is a false self-understanding.

Freedom is meant to be used as it was at the moment of the marriage vow, engaged in an ongoing offering of love. As St. John Paul II tirelessly taught, our happiness is found not in personal pleasures, but in making a gift of ourselves for the sake of interpersonal communion. He often quoted Gaudium et Spes §24, which speaks about man as the likeness of the Trinity, a communion of persons: this means man “cannot fully find himself except through a sincere gift of himself.”

Married, in religious life, or otherwise, it is easy to succumb to a false view in which our commitments trap us and hold back our freedom. The reason we need vows is to help us through these crises of a divided heart. By faithfulness to vows, we are able to make the sacrifices that free us from undue attachments and lesser goods. Without the strength of the vow to hold us in place during these struggles, we would surely fall off the road long before developing the love we are capable of. So the next time that we feel frustrated by confining commitments, we can pray for truer vision. Seen aright, the shackles of love are not shackles at all, but the sweet bonds of communion with God and neighbor.

Br. Norbert Keliher entered the Order of Preachers in 2012. He is a graduate of Harvard University, where he studied Latin and Greek. Before entering the order, he spent a year teaching in New York City and a year studying theology at Notre Dame.On DominicanFriars.org